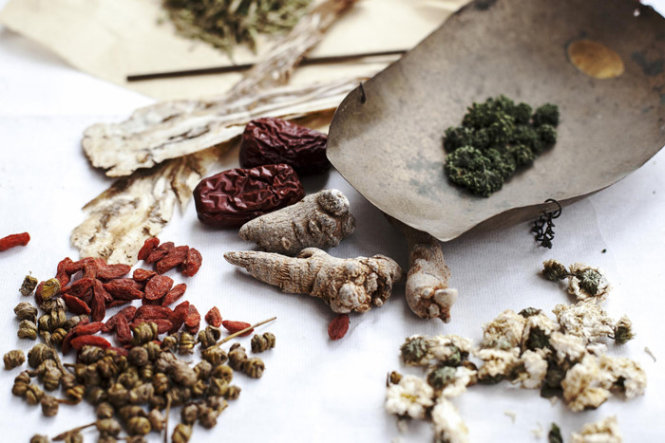 Poisoning from fake herbal medicine on the rise in Vietnam

Recently, the Poison Control Center and the Department of Nephrology of Bach Mai Hospital in Hanoi have received many patients suffering lead poisoning after taking herbal medicine of unknown origin.

According to Dr. Nghiem Trung Dung, the Department of Nephrology at Bach Mai Hospital admits three to four such patients every month on average.

Those with minor poisoning can be easily treated by dialysis while patients in severe conditions normally develop several side effects such as renal and hepatic failures after treatment.

According to pharmacist Le Kim Phung, there are many fake or substandard herbal medicine or medicinal substances on the market, mostly ginseng, lingzhi mushrooms, and velvet antlers.

Those products are normally processed and preserved with substances containing toxic chemicals such as sulfur and lead.

Taking in a high amount of those chemicals can result in various negative effects such as headache, diarrhea, vomit, hypertension, renal failure, hepatic failure, and heart failure.

Due to their high demand, many of the following medicinal herbs are often faked such as ginseng, lingzhi mushrooms, and Chinese knotweeds.

According to Tran Thi Hong Phuong, deputy director of the Department of Traditional Medicine, fake ginseng usually has the sweetness like that of yam and its appearance looks very smooth.

Real Chinese knotweeds have grains in their core and are red-brown while the counterfeit ones do not have grains and are usually brown in color.

Bui Thanh Tung, of the Department of Traditional Medicine, advised that people should only buy herbal medicine from certified and reputable stores.

“People should not use them excessively without chemists’ advice,” Tung added.