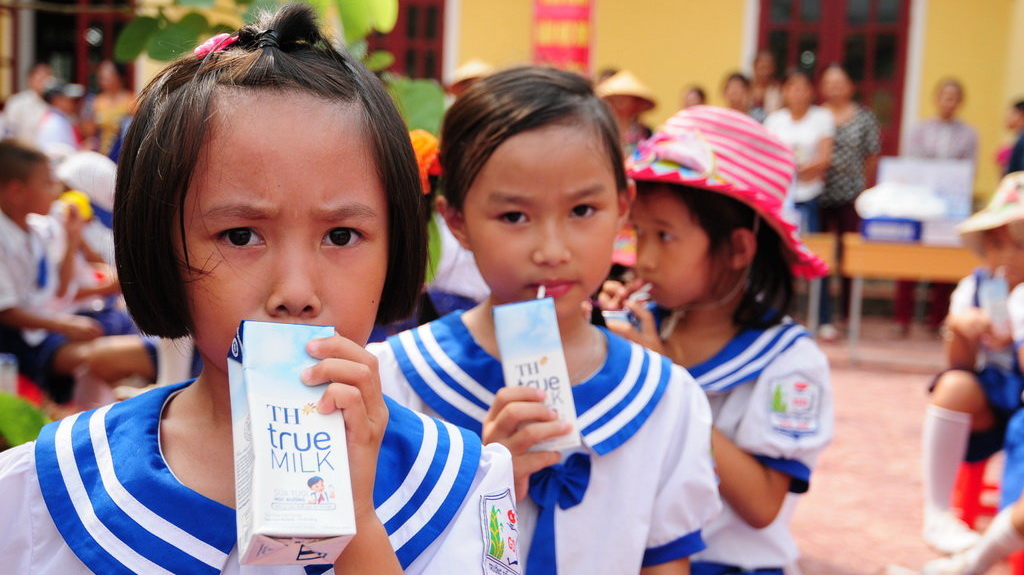 Ho Chi Minh City schoolchildren up to second grade will from this year be given a free carton of milk every day as part of a scheme to improve children’s health.

The program, which has just been announced by the administration of Ho Chi Minh City, looks to improve the nutritional intake of kindergarten- and elementary school-age children in the city during the 2017-20 period.

The plan will be rolled out in three phases, and by 2020 is expected to provide one 180-milliliter carton of milk every day for all children up to second grade, or around seven to eight years old.

The first phase, which begins at the start of the next school year in September, will include all kindergartens in the 24 districts of Ho Chi Minh City.

Starting in 2018, the second phase will be implemented to include first graders at elementary schools.

By 2020, the program will have been fully rolled out to all kindergarteners, first graders and second graders in Ho Chi Minh City.

The municipal budget will cover 30 percent of the cost, with a further 20 percent paid by dairy producers.

The remaining 50 percent will be donated by parents or the private sector.

Local dairy producers are invited to join the bidding to become the official milk supplier for the entire duration of the scheme, the city’s administration said.

Eligible bidders are Vietnamese businesses that produce milk from cows raised in Vietnam, and are capable of storing ultra-high-temperature (UHT) processed milk for at least six months.

Bidders must also agree not to increase the price of milk, estimated at around VND6,800 (US$0.3) per carton, for the duration of the program’s three-year roll-out.

The average height of Vietnamese males aged 16 to 30 is a mere 164.4 centimeters, while that of female is 153.4 centimeters, according topublic research conducted last year by Vietnam’s Ministry of Home Affairs in collaboration with the United Nations Population Fund in Vietnam (UNFPA).

These measurements are 13cm and 10cm lower than the global average, respectively.

Young Vietnamese are also falling behind their regional peers when it comes to height, with Japanese and South Korean youths surpassing them by 8cm, Chinese youths by 7cm, and Thai and Singaporean youths by 5-6cm, according to the same source.