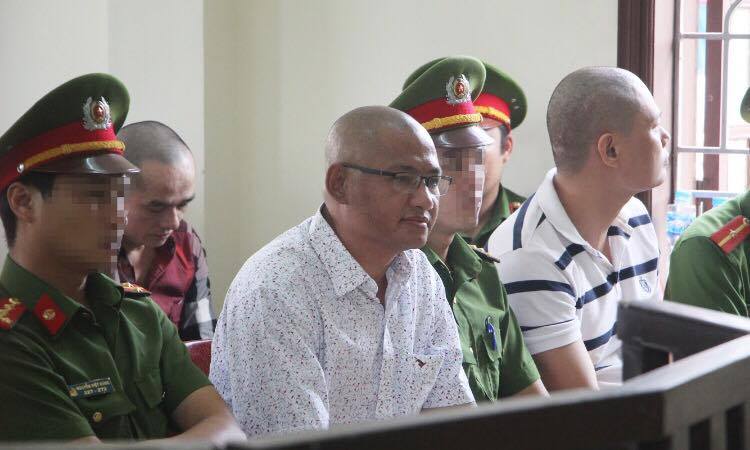 A Vietnamese man has been sentenced to death for running a drug ring during his time in prison.

The People’s Court in the north-central province of Nghe An held a trial on Tuesday to decide the case of 46 year-old Phan Dinh Tuan and his accomplices, who had all been involved in the illegal trade and transport of 294 heroin cakes, weighing 102 kilograms.

Given the extremely serious nature of the crime, the jury decided on the death penalty for Tuan and four other members of the drug syndicate, Ho Su Co, 34, Phan Thanh Ton, 28, Vu Thanh Trung 53, and Nguyen Quoc Thang, 40.

Nguyen Thi Huong, Tuan’s girlfriend, was sentenced to12 months in prison for her role in aiding and abetting the crime.

According to the case file, police in Nghe An caught Co red-handed in February 2014 while he was carrying 60 heroin cakes near Ben Thuy Bridge.

Co had been hired by Tuan to deliver the drugs from Ton to Trung in the southern province of Dong Nai.

Co’s statements to police reveled that Tuan had been running the drug ring since late 2013, while he was serving a jail term for a previous conviction, and had successfully been able to traffic 184 cakes of heroin.

Tuan grins after being given a death penalty. Photo: Tuoi Tre

The full proceeds of the drug sales had been transferred to Huong.

By early February 2014, the ring leader had completed his prison sentence and upon his release continued to manage to his drug business.

During his trial, Tuan admitted that he was able to conduct the operation thanks to a cell phone Huong had given him during one of their visits.

“Each phone call with the members outside lasted 15 to 20 minutes. I dug a hole in the prison wall to hide the device,” the defendant explained.

Despite these admissions, the man continued to claim he was “innocent”, saying he was talked into committing the crimes by Huong.

Tuan’s lawyer had previously requested the jury to review the role of Huong in the operation and determine a suitable punishment.

India's iconic Taj Mahal re-opened to the public on Wednesday as the country, still reeling from a disastrous second wave of the pandemic, rushes to lift restrictions in a bid to revitalise its economy

Chickens, cows, paid leave, even a million-dollar apartment, these are the prizes on offer from Thailand to Indonesia to Hong Kong for those who get vaccinated against COVID-19 as nations across Asia combat vaccine hesitancy