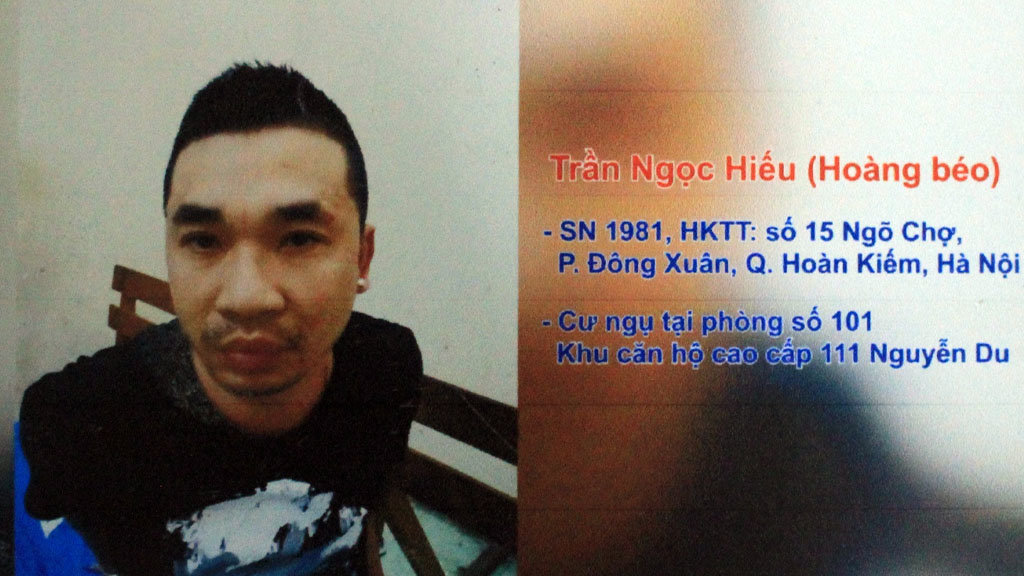 Police in Ho Chi Minh City have broken up a drug ring they’re calling the most widespread operation in Vietnam.

A total of 15 suspects were arrested, and more than 200 kilograms of ecstasy, 25 kilograms of crystal meth, over VND10 billion (US$440,359) in cash, seven automobiles, and other equipment and materials were confiscated.

The cartel is the largest operation of its kind in the Southeast Asian country, according to the Ho Chi Minh City police department.

According to the case file, officers discovered a new type of ecstasy being sold locally in March 2016.

An investigation later identified the drug dealer as Nguyen Van Son, a 34-year-old operating out of a hotel in Binh Thanh.

In May 2016, a more thorough investigation was opened which uncovered that Son was merely a member of a much larger ring led by Tran Ngoc Hieu, originally from Hanoi and a current resident of District 1, Ho Chi Minh City.

Hieu refrained from taking a part direct part in any of the ring’s activities, officers stated, adding that he managed the entire organization through social media and a round-the-clock surveillance camera system.

The cartel’s factory was not situated in a fixed location and was often moved between Ho Chi Minh City, the southern province of Dong Nai, or the south-central province of Khanh Hoa, after producing each batch of stimulant.

The warehouse that provided ingredients for production was located far away from the factories.

Ring members were directed to dump manufacturing waste in remote areas of different provinces and cities to hide their tracks.

Transporting the drug was typically carried out by a group of two or three cars, one of which traveled ahead to scout the road while the narcotics were stored in the other vehicles.

Hieu entrusted his 43-year-old cousin, Nguyen Ba Thanh, with the purchase of chemicals and other ingredients and their transport by truck from Hanoi to Ho Chi Minh City.

Meanwhile, another cousin, 49-year-old Nguyen Duc Ky Nam used his engineering and chemistry background to manage the production phase of the operation.

All activities in each factory were closely monitored by Hieu via CCTV.

The raw products were transported by Le Van Mang, 30, to houses and villas in Ho Chi Minh City for cleaning and drying before passing to Pham Bao Quan, 34, for packaging in one kilogram coffee bags.

The finished products were then brought to Hieu’s house to be stored before distribution.

Nguyen Dac Huy, 29, was tasked with product delivery and is unaware of other details regarding the ring’s operation.

Since beginning operations in early 2016, the ring has produced four batches of ecstasy weighing nearly 300 kilograms.

Officers carried out the investigation for nearly a year, separating the mission into two phases to trace the cartel’s tracks and arrest the ring members.

The first phase took place from May to December 2016, during which law enforcement busted Son’s operation.

The second phase ran between December 2016 and April 2017 seeking to hunt down Hieu and the rest of the gang.

On April 6, Quan was nabbed for transporting the products to District 7.

Hieu was also captured on the same day after arriving at Tan Son Nhat Airport in Ho Chi Minh City.

Officers then carried out a raid on 13 locations, including factories and houses of other ring members in Ho Chi Minh City, Dong Nai, Khanh Hoa, and Hanoi.

He assumed the name Tran Ngoc Hieu after escaping from prison and starting his own drug ring.