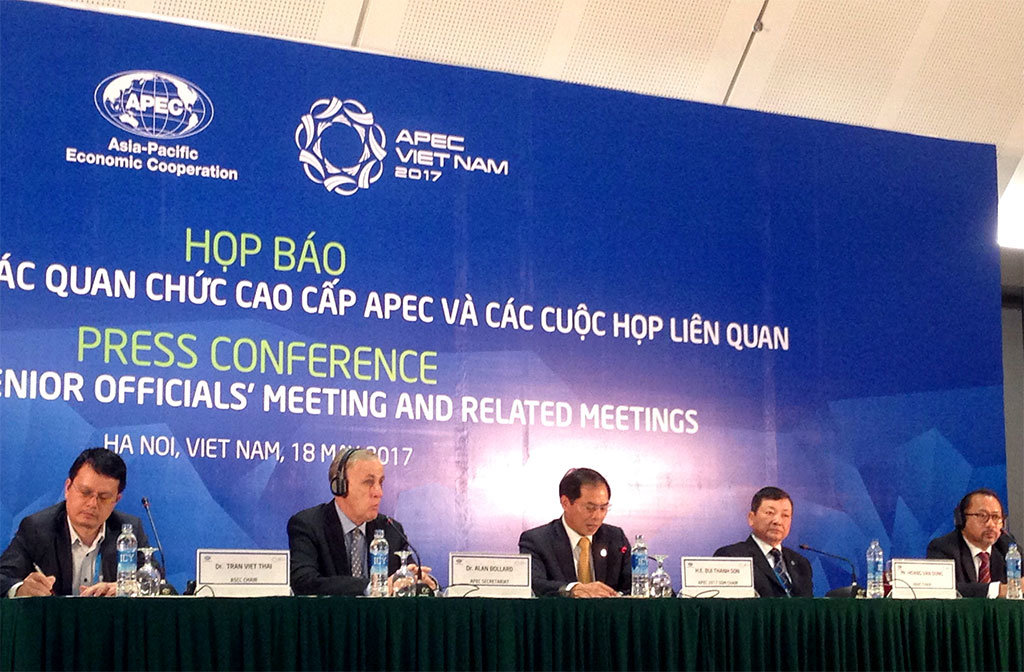 Police in Ho Chi Minh City are set to step up security and order in the metropolis ahead of the upcoming meeting sessions of the 2017 Asia-Pacific Economic Cooperation (APEC).

Colonel Nguyen Sy Quang, chief of staff and spokesperson of the municipal Department of Police, announced on Saturday that officers will enhance the monitoring of security situations in the southern hub from June 16 to August 15 in preparation for the third APEC Senior Officials Meeting (SOM 3).

Patrols will be carried out across the city every day from 9:00 pm to the following morning.

The law enforcers will also coordinate with relevant agencies to ensure order and security during the event.

Vietnam joined the forum in 1998 and successfully chaired APEC 2006. The Southeast Asian country is scheduled to host the 2017 gathering in the central city of Da Nang in November.

The first APEC Senior Officials Meeting (SOM 1) was organized in Nha Trang, a famous beach city located in the south-central province of Khanh Hoa, on March 2, with the attendance of delegates from 21 member economies.

The SOM 2 took place in Hanoi on May 18 with several significant results.

The SOM 3 is expected to be held in Ho Chi Minh in late August, while the Small and Medium Enterprises Ministerial Meeting (SMEMM), within the framework of this year’s APEC, will be organized in the city in mid-September.