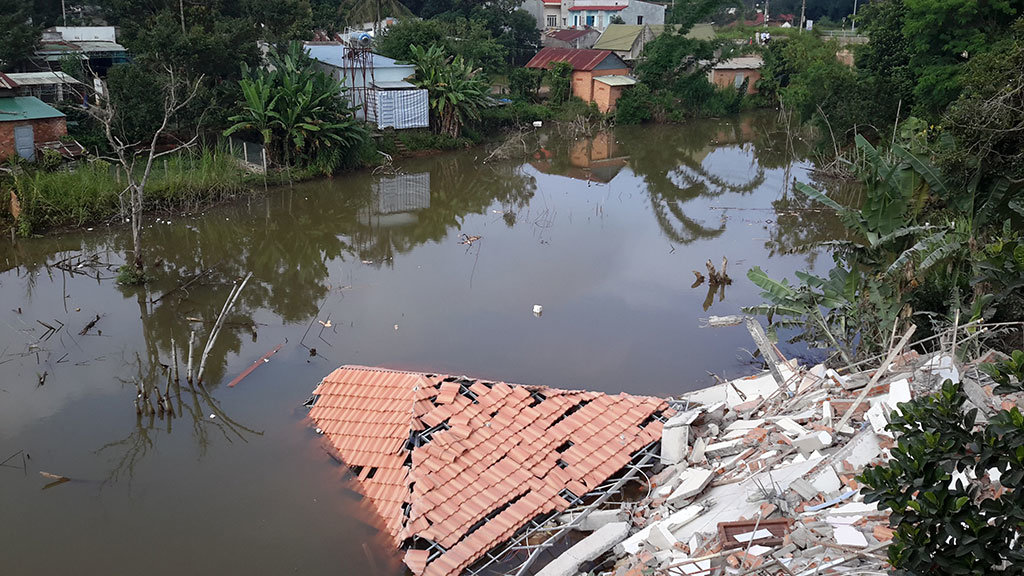 An under construction villa worth nearly VND4 billion (US$175,979) has collapsed into a lake in Vietnam’s Central Highlands during the night.

The soon-to-be-finished property of Vu Quang Truong in Nghia Duc Ward, Gia Nghia Town, Dak Nong Province suddenly gave way at around 1:00 am on Saturday, resulting in the structure and the next-door house falling into the local lake.

Following the tremor and loud noise brought about by the collapse, local residents rushed to the scene and found that the two houses along with valuable assets were in the water.

Nguyen Tinh Nguyen, chairman of the People’s Committee in Nghia Duc Ward, confirmed on the afternoon of the same day that competent authorities were looking into the case to determine the cause.

Initial information showed that the villa was being built on a 200 square meter piece of land and worth over VND4 billion.

There were no casualties in the accident, as there were no people inside the houses prior to the collapse.

According to Chairman Nguyen, the owner of the property was only granted a permit for renovating his old house but he had built an entirely new villa at the venue.