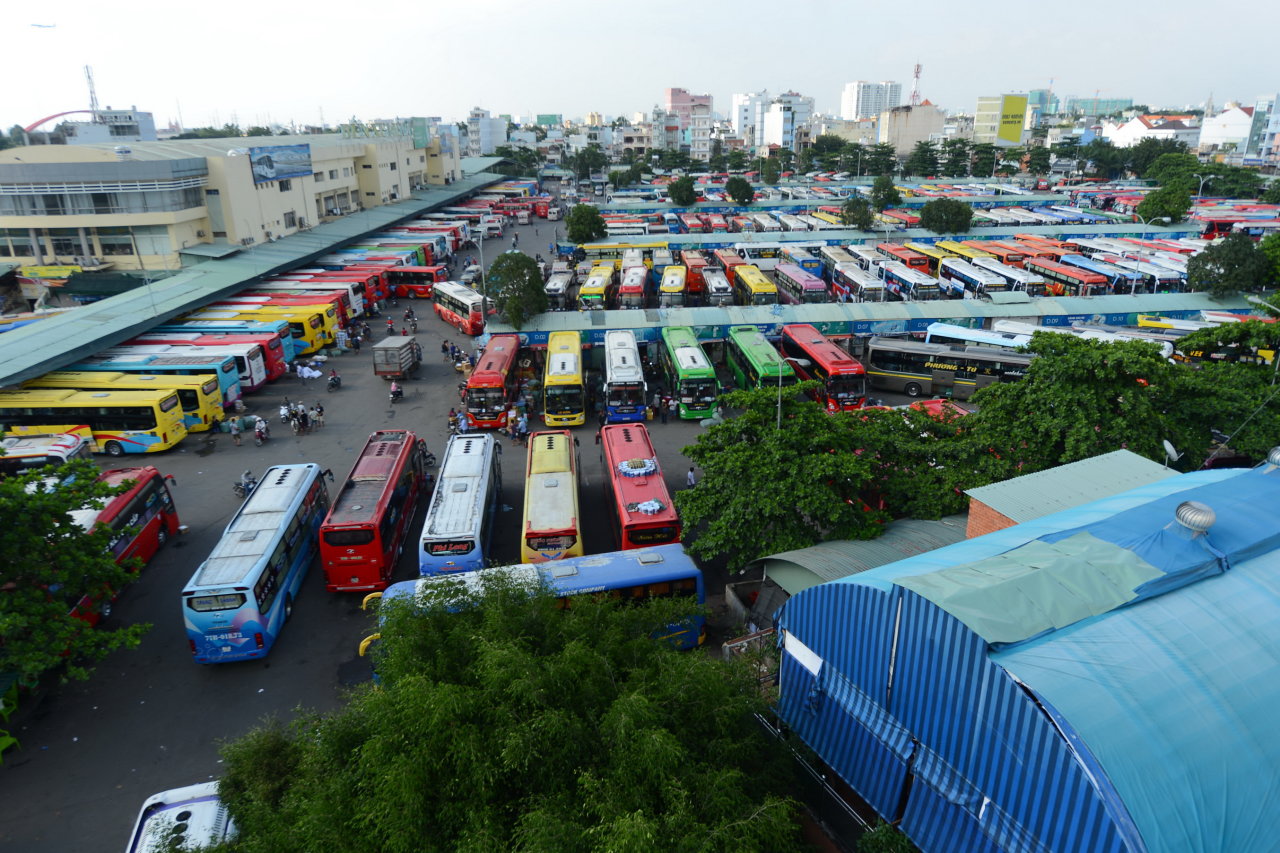 Authorities in Ho Chi Minh City are set to begin relocating the Mien Dong (Eastern) Bus Station from the beginning of 2018.

The municipal People’s Committee has ordered that the new Mien Dong Bus Station be operational by January 30, 2018, meaning that the relocation of the current facility must be complete prior to that date.

The Mien Dong Bus Station accommodates buses traveling to provinces east of the city, as well as other destinations in the central and northern parts of Vietnam.

While the existing venue in Binh Thanh District has been blamed for causing regular congestion in the area, the new one will be constructed in outlying District 9.

As the relocation will impact the commute of thousands of people, work will be divided into three different phases, of which the first will be done during next year’s Lunar New Year holiday, said Nguyen Ngoc Thua, general director of the bus station.

In order to minimize disruption to passengers during the period, the municipal Department of Transport has tasked the Saigon Transportation Mechanical Corporation (SAMCO) with reviewing and completing the plan.

During the first phase, free buses are expected to be provided for passengers to travel between the old and new locations.

By the end of the first quarter of 2018, phase two will have seen several routes to and from certain locations including northern and central Vietnam, the southern provinces of Ba Ria-Vung Tau and Dong Nai, redirected to the new station.

In the third and final phase, other routes will have been transferred to the new location by the end of 2018, and the old station will be completely shut down.

According to Tran Quoc Toan, general director of SAMCO, the new Mien Dong Station covers an area of 16 hectares, of which 12.3 is situated in District 9, Ho Chi Minh City, while the other 3.7 is in Di An District of nearby Binh Duong Province.

The new facility will include extra services such as a shopping complex, an entertainment area, restaurants, and hotels.

It will also be connected to the city’s metro line No.1, which runs from Ben Thanh Terminal in District 1 to Suoi Tien Theme Park in District 9, Toan said, explaining that he expected the station would welcome seven million passengers per annum.

Regarding the relocation of Mien Tay (Western) Bus Station, which houses buses traveling to provinces west of the city, SAMCO has prepared a VND726 billion (US$31.8 million) clearance plan.

The work is expected to be finished by September 30.

The current Mien Tay station is located in Binh Tan District, while the new one will be built in outlying Binh Chanh District.

It will cover an area of 24.3 hectares, of which 7.3 will be reserved for a depot of BRT (bus rapid transit) routes.