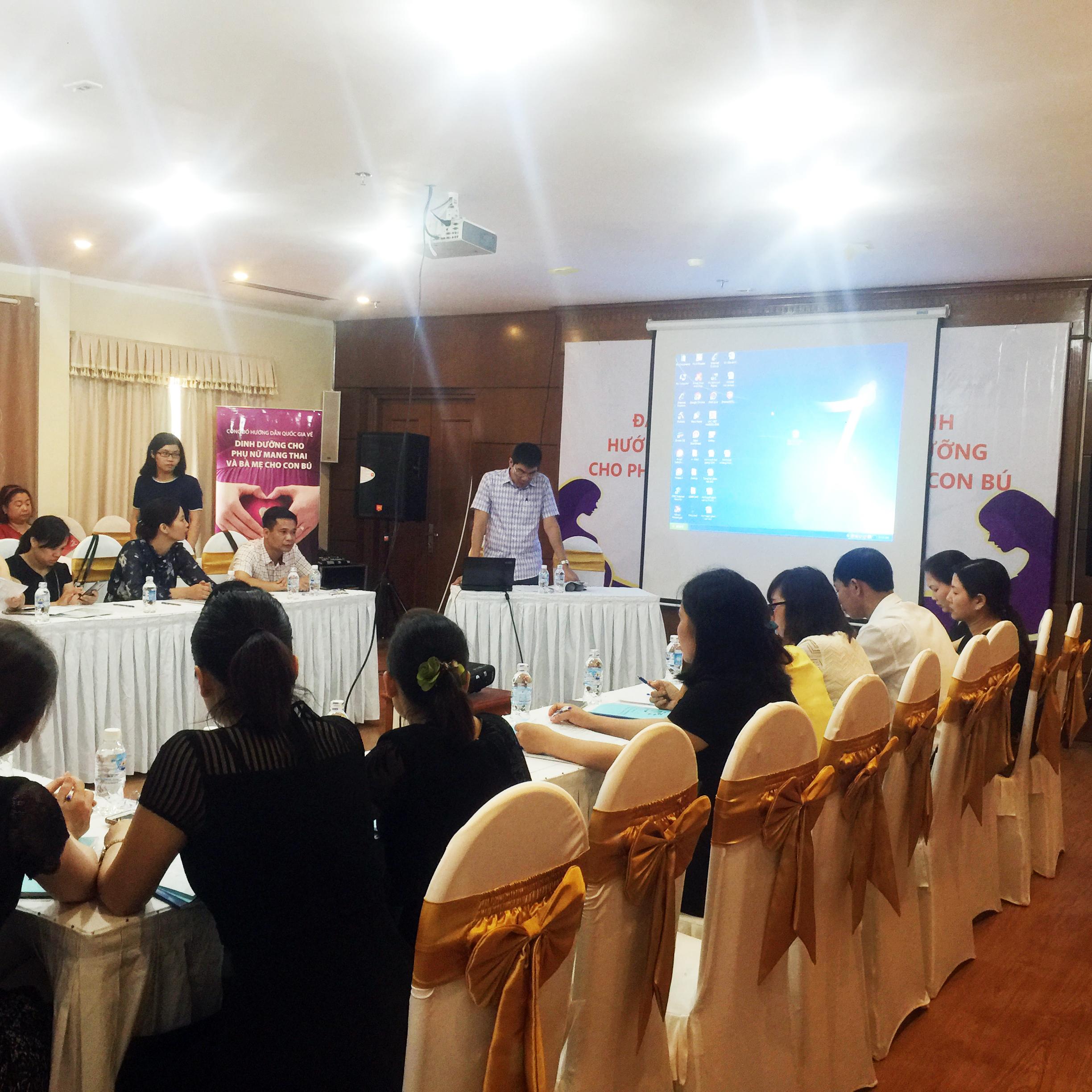 From July to October this year, the Ministry of Health will organize a series of workshops to disseminate the “National Guideline on Nutrition for Pregnant Women and Lactating Mothers” to healthcare professionals from nationwide hospitals in Vietnam.

The first workshop was carried out in Hanoi from July 10 to 13 with the participation of healthcare professionals from the provincial hospitals of Quang Ninh, Dien Bien, Son La, Lai Chau, and Bac Kan.

The next workshops will be organized respectively in Ho Chi Minh City and Da Nang for the Ministry of Health-run hospitals and the hospitals of 35 provinces.

The “National Guideline on Nutrition for Pregnant Women and Lactating Mothers,” launched in March this year, is compiled by leading professors and doctors working in the fields of nutrition, obstetrics and gynecology, and pediatrics with the technical support of Abbott Vietnam.

The first of its kind in Vietnam, the guideline will provide localized information and nutrition knowledge to doctors, midwives and nurses to take care of pregnant women and breastfeeding mothers.

It is an important implementation of the project “Improvement of Nutrition Status for Pregnant Women and Lactating Mothers” under the strategic partnership between the Ministry of Health and global healthcare company Abbott that aims to enhance the health of women of reproduction age and the stature of Vietnamese people.

Many studies have proved that maternal nutrition affects fetal development. Nutrition deficiencies during pregnancy can increase the risk of obstetric complications and low birth weight in babies. Nutrition during the breastfeeding stage has clear impacts on children’s health. However, healthcare practitioners have not been provided with enough knowledge leading to difficulties in advising customers to change their nutrition practice habits.

“The National Guideline on Nutrition for Pregnant Women and Lactating Mothers” is built on science knowledge with reference of credible clinical studies localized for Vietnamese people and applicable in Vietnam hospitals.

Nguyen Duc Vinh, Director of Maternal and Child Health Department, Ministry of Health, said: "The National Guideline on Nutrition for Pregnant and Lactating Mothers, issued and implemented with the support of Abbott Vietnam, is one of the practical activities of the Ministry of Health to effectively implement the National Strategy on Nutrition for the 2011-2020 period and visions to 2030, and was approved by the prime minister.”

Nguyen Duc Vinh, Director of Maternal and Child Health Department under the Ministry of Health, delivers a presentation at the symposium launching the guideline.

MD. Low Yen Ling, Director of R&D at Abbott’s Asia Pacific Nutrition Research & Development Center in Singapore, said: “As a participant in the study ‘Impact of Maternal Milk Supplementation on Birth Outcomes & Breastfeeding Success,’ I understand that nutritional improvement for pregnant women and breastfeeding mothers is an important issue that needs to be addressed comprehensively, as balanced and sufficient nutrition in this period plays a critical role in improving the stature of children.

“I highly appreciate that the Ministry of Health has taken practical steps in improving maternal nutrition and healthcare for pregnant women and lactating mothers by launching this national guideline and upcoming programs implemented nationwide.”