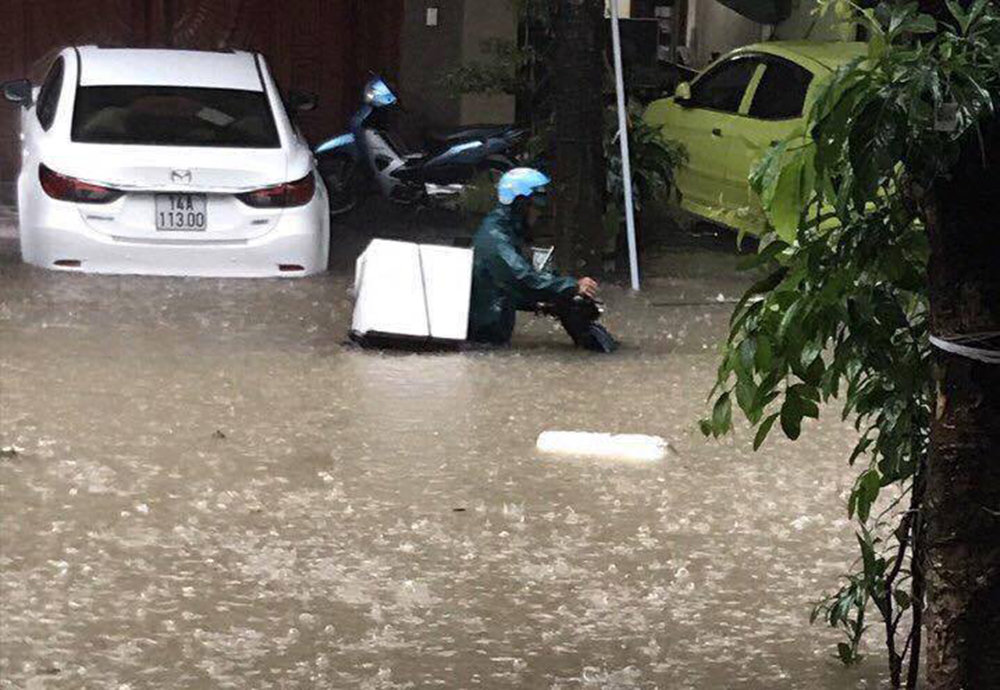 Family of four among 14 killed in floods in northern Vietnam

At least 14 people, including a family of four, have been killed in floods brought on by constant heavy rain in northern Vietnam over the past week, and more rain is expected, a government agency said on Friday.

One person was missing in Thai Nguyen province, while almost 500 houses and more than 1,400 hectares of rice crops were destroyed in nine provinces, the Central Steering Committee for Natural Disaster Prevention and Control said in a report.

Landslides and the destruction of bridges and sewage systems brought the total estimated damage to property and infrastructure to more than 40 billion dong ($1.76 million), the committee said.

State-run Vietnam Television (VTV) reported that a family of four was killed when their car was washed away by strong currents while they were trying to cross a bridge in Thai Nguyen province.