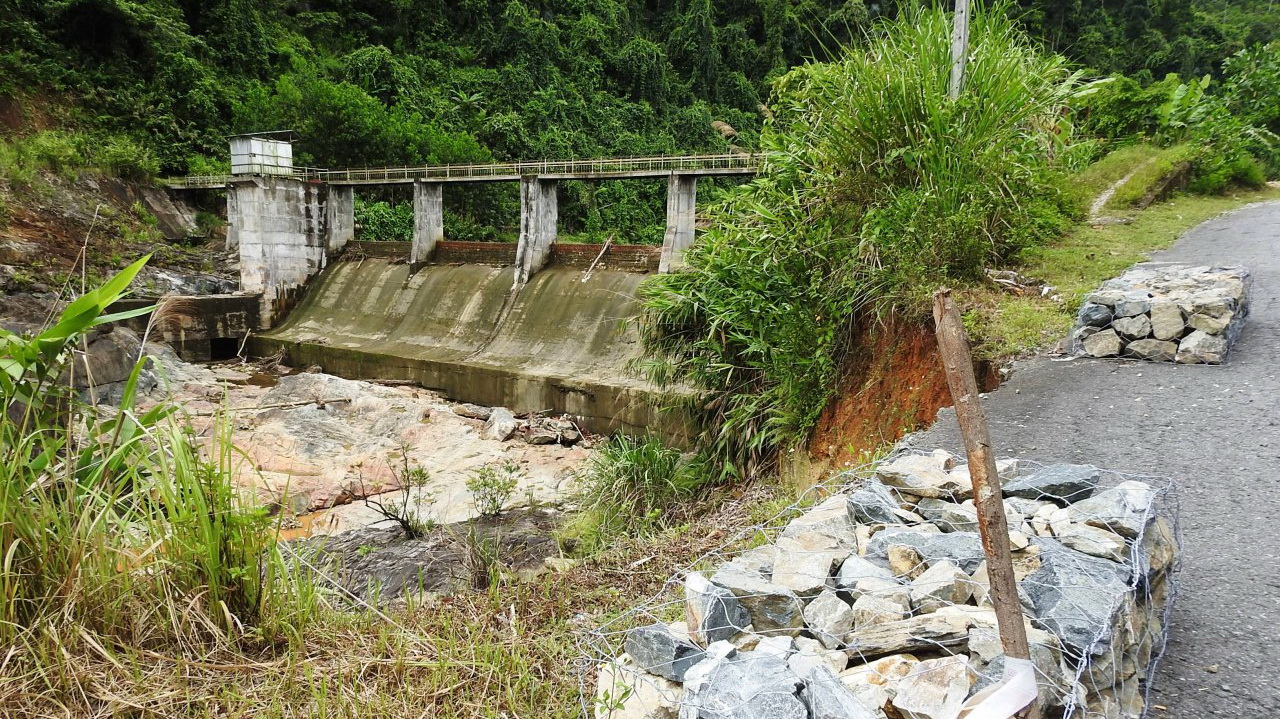 Quang Nam Province in south-central Vietnam is eyeing the construction of four new hydropower plants despite already straining its rivers with 42 such projects.

Despite a series of earthquakes that rattled hydropower plants in Quang Nam’s Bac Tra My District in 2014, its neighboring district of Nam Tra My may soon be put under the strain of four more hydroelectric projects, according to a recent proposal by the provincial administration.

In its report sent to the provincial People’s Council, the People’s Committee of Quang Nam suggested making amendments to a previous resolution on the planning of small- and medium-sized hydro projects in the province.

It proposed replacing the 1.2-megawatt (MW) Nuoc Xa Hydropower Plant in Nam Tra My with four other projects with a total capacity of 78.8MW.

Nearly 145 hectares of forest in the district will have to be cleared to make way for the four hydropower projects, which translates into an average of 1.83ha of forest lost for every 1MW of capacity.

According to the provincial administration, residents of Nam Tra My currently rely on electricity from a single 35-kilovolt (kV) power line extended from neighboring Bac Tra My District, which results in high electricity losses and unreliability during rainy seasons.

The construction of four new hydro plants in Nam Tra My would, it said, greatly improve access to electricity for local residents.

Quang Nam currently has a total of 42 hydropower plants, including ten large-scale projects with an installed capacity of over 100MW and 32 small- and medium-sized projects.

“The coin always has two sides,” said Ho Quang Buu, chairman of Nam Tra My District. “If you put the pros and cons [of building the hydro plants] side by side, you will see that the drawbacks are minimal compared to its socio-economic benefits.”

Buu added that the developers of the projects had promised to construct a 110kV power line with their own budget, which would save the administration VND400 billion (US$17.62 million).

The four hydro projects are expected to raise the percentage of residents in Nam Tra My with access to the grid from 30 percent to 80 percent, he said.

The Nuoc Lah River in Tra Don Commune, Nam Tra My District in Quang Nam Province, where one of the four hydropower plants is proposed to be built. Photo: Tuoi Tre

Residents left in the dark

Despite being under its direct impact, most residents in Nam Tra My’s Tra Don Commune, where one of the projects is proposed to be built, is still in the dark about the existence of such a plan.

“They can do whatever they want, as long as we don’t lose our production land, our livelihood and our shelter in the process,” said Ho Thi Ni, 55, a local who has recently learned of the proposed hydro projects. “And don’t destroy too much forest.”

According to Ho Van Lai, deputy chairman of Tra Don, a delegation of officials from Nam Tra My District in June conducted a field survey on the local Nuoc Lah River, where they planned to build a namesake hydropower plant.

“Over one kilometer of river basin will be used to construct a reservoir should the plan go through, which would definitely affect the crops of locals,” Lai said. “Since the project is still in the surveying phase, we haven’t asked for public feedback.”

Meanwhile, Ho Thanh Ba, former Party chief of Nam Tra My District during the 2006-2014 tenure, said he had not been told about the plan either.

“This is a significant issue, so it’s not okay at all that officials and especially the people are kept in the dark about it,” Ba said.

According to Prof. Dr. Nguyen The Hung from the Faculty of Water Resource Engineering at Da Nang’s University of Science and Technology, the economic benefits that these projects are believed to bring should be viewed with skepticism.

As all good locations for building hydropower plants in Quang Nam have been taken by major projects, recent small- and medium-sized plants have contributed to the local economy, Hung said.

“The problem is whether the stated economic benefits are authentic and verifiable,” he said. “That is to say, are the data and calculations concerning the hydrological readings [of the river] accurate, or are they bloated?”