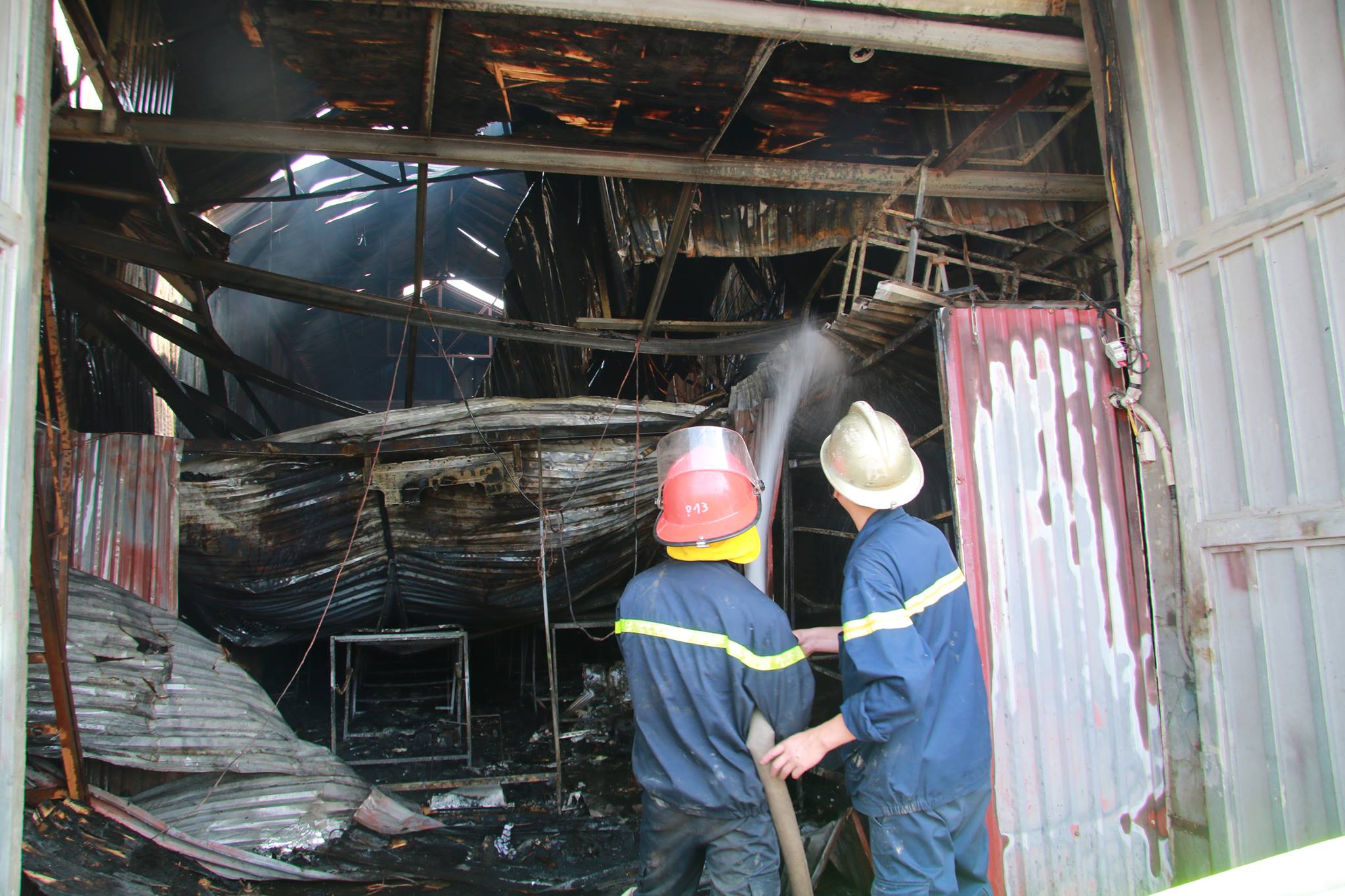 Eight workers were killed and two others injured after a fire broke out at a baking facility in Hanoi on Saturday.

The inferno started at the 150-square-meter facility, managed by 25-year-old Tran Van Duoc, in Duc Thuong Commune, Hoai Duc District at around 10: 30 am on the day.

As soon as firefighters arrived at the location, the flames had already engulfed the entire venue.

One could only enter or exit the facility through one entrance, while the fire had caused the attic to collapse and block the door.

Officers had to create a hole in the wall at the back of the building to reach the people trapped inside.

Three victims were then found and immediately brought to a local hospital, one of whom was dead on arrival.

Thanks to the efforts of 50 firefighters and seven fire trucks, the blaze was put out at around 11:20 am on the same day.

However, seven bodies were later discovered inside the burned-down facility.

According to Colonel Nguyen Tuan Anh, deputy director of the Hanoi Department of Firefighting Police, the agency is coordinating with officers in Hoai Duc District to determine the cause of the fire.

Nguyen Duy Tien, who is being treated at the infirmary, recounted that he and other workers were working in a closed room and were only aware of the fire when it spread to their room.

One of the bakers managed to escape the venue as he was close to the exit, Tien said, adding that the bakery owner was out for breakfast at the time when the fire erupted.

As of 6:00 pm on Saturday, competent agencies had allowed family members to help identify the deceased.

The first body was confirmed to be 19-year-old Nguyen Hong Son, as his face was not damaged by the fire.

Nguyen Thi Chien, Son’s aunt, said he had managed to run into the bathroom before the fire ran out of control.

Other people could not recognize their loved ones as the other victims were badly burnt.

Tran Quang Huy, 20, was later identified as one of the ill-fated workers after his wife spotted their wedding ring.

By 8:00 pm, the identification process had finished, with the victims being brought back to their homes for funerals.

The venue is severely damaged after the fire. Photo: Tuoi Tre