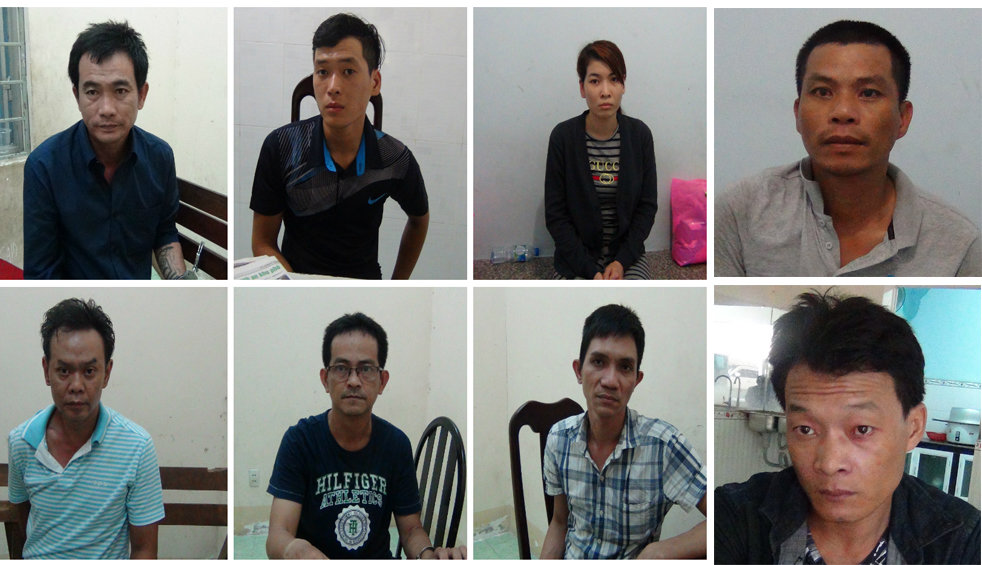 Police in Ho Chi Minh City have arrested members of a transnational drug ring that was smuggling ecstasy, methamphetamine and other stimulants from Cambodia to the southern Vietnamese metropolis.

Officers first uncovered the gang’s operation in May.

Initial investigations have revealed that Chang was living with Han, his lover, at a house in Hoc Mon District, and were using an apartment in Tan Binh District to manage and monitor their criminal operation.

In early July, investigators became aware that Chang and his gang planned to smuggle a large amount of drugs into Ho Chi Minh City.

At around 6:30 am on July 11, police units followed Vu from his residence in District 1 to a construction site in Hoc Mon, where he received a shipment from a man named Nguyen Van Het.

After ambushing the suspect, officers discovered 12,000 ecstasy pills and 1.5 kilograms of crystal meth, and later confiscated more stimulants and evidence from Vu’s house.

Another team arrested Chang at around 8:30 am the same day, while he was travelling on his motorbike in Tan Phu District and carrying 18 pills of ecstasy and VND90 million (US$3,958) in cash.

Following a search on Chang’s homes, law enforcers found nearly VND700 million ($30,785) in cash, a car, and a high-powered motorbike.

Officers then carried out a raid on the residences of Chang’s accomplices, confiscating 16,000 ecstasy pills, two kilograms of crystal meth and ketamin, VND800 million ($35,183) in cash and three automobiles.

At the police station, Chang said he bought the drugs from a Chinese man living in Cambodia and had transported the products to Ho Chi Minh City through the Moc Hoa Border Gate in the southern Long An Province.

The drugs were often stored in a seven-seater Toyota Fortuner, which was disguised as a TV network vehicle and included its own logo on the outside of the car.