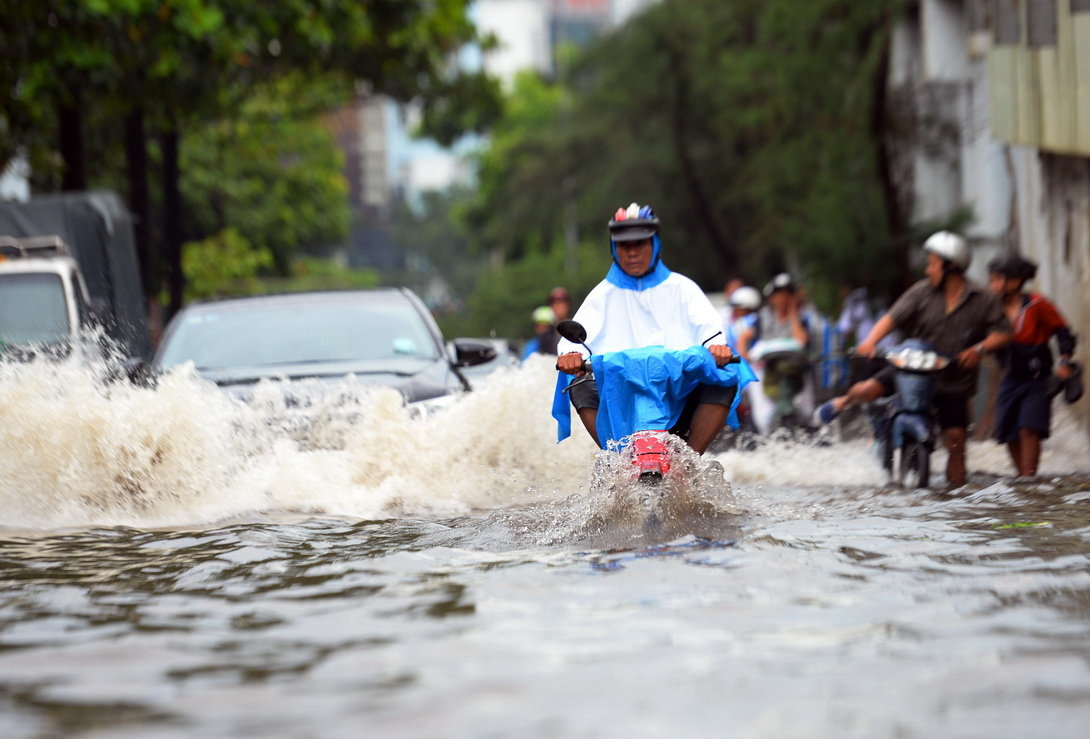 Ho Chi Minh City officials are planning to restart a project to repair the heavily sunken and frequently flooded Nguyen Huu Canh Street in District 1, eight years after the previous plan stalled due to budget.

The construction of the 3.7 km Nguyen Huu Canh Street, connecting District 1 and Binh Thanh District, began in 1997 and was completed in 2002.

However, not long after opening to traffic, various sections of the street have suffered submergence, resulting in flooding and heavy congestion under heavy rains for the past 15 years.

In 2009, the municipal administration tasked the local Ho Chi Minh City-based Construction Corporation No. 1 JSC with implementing repairs for the street that runs along the Saigon River.

The construction firm then proposed three different solutions for the work, whose budgets range from VND126.4 billion (US$5.56 million) to VND327.6 billion ($14.4 million), all of which were however beyond the affordability of the city’s budget at the time.

With such budget shortage, no major repair works have ever been carried out since 2009, leaving the road’s conditions worse year after year, with some sections sunken over one meter.

Consequently, the infamous street would easily become flooded whenever there are heavy rains or high tides, seriously affecting traffic and the lives of local residents.

At the beginning of 2017, to resolve the flooding problem, a centrifugal pumping system was installed on the street to pump out water when needed. However, the solution is only temporary and not sufficiently effective.

According to the municipal Department of Transport, local realty developer Vingroup has proposed to provide the city with capital without interest for three years to repair the road.

The reparation proposed by Vingroup will be done under the 'turnkey' scheme, in which the contract is solely carried out by the contractor from start to finish.

When the project is complete, it will be transferred to the city and ready to use.

If accepting the proposal by Vingroup, the Ho Chi Minh City administration will be responsible for allocating the given budget for this project.