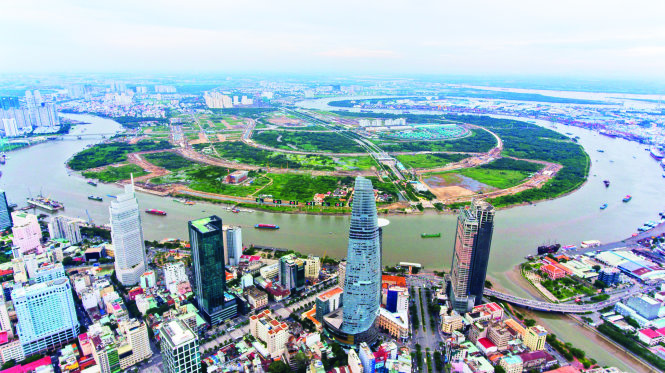 -- Leaders of the Ho Chi Minh City People’s Committee and competent agencies on Saturday worked with experts from a local company on the establishment of a control center as part of a project to turn the southern metropolis into a smart city.

-- A storm was expected to make landfall in China’s Guangdong and Guangxi Provinces before weakening on the Vietnam-China borderline on Monday, and cause downpours and possible flash floods and landslides in northern Vietnamese provinces. Meanwhile a tropical depression forming in the center of the East Vietnam Sea was forecast to bring showers and thunderstorms to coastal areas in central and southern Vietnam tonight, according to the National Center for Hydro-meteorological Forecasting.

-- Ten six-graders at a school in Da Lat City in the Central Highlands province of Lam Dong were hospitalized after the floor of their classroom collapsed, plunging them to the ground floor beneath on Saturday evening.

-- Vietnamese candidates have gone through rigorous training and recruitment to secure a well-paid job at firms in Japan.

-- Thousands of worn-out carriages and locomotives have become a financial burden to Vietnam’s railway sector and posed serious safety hazards.