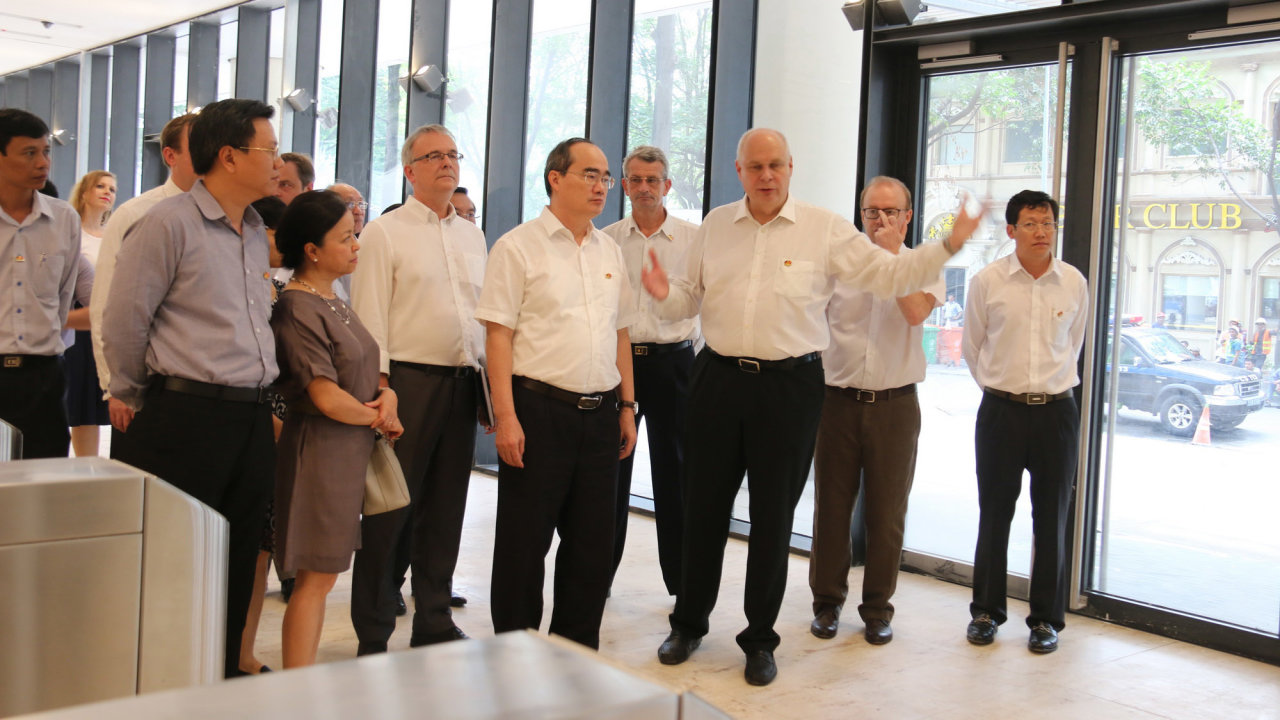 ​‘German House’ to tighten relationship between Vietnam and European businesses

A German-themed office building is expected to be inaugurated in Ho Chi Minh City next month, creating more opportunities for better relationships between Vietnam and the European business community.

The Deutsches Haus Ho Chi Minh, or German House Ho Chi Minh City in English, has been open for lease in preparation for its grand inauguration on September 5.

The building complex is located at the corner of Le Duan and Le Van Huu Streets in District 1.

The construction was initiated in November 2014 at a cost of US$120 million.

The structure has 25 stories and covers an area of 40,000 square meters.

According to the project developer, the German Consulate in Ho Chi Minh City, several businesses from Germany and some European countries have already signed deals to rent offices at the building.

Speaking at the event, German Consul General Andreas Siegel considered the building a symbol of friendship and strategic partnership between Vietnam and Germany.

It is intended to contribute to the two nations’ ties in culture, economic matters, and investment, the diplomat said.

According to Nguyen Thien Nhan, secretary of the municipal Party Committee, the German House has unique features of German architecture but is still in harmony with nearby buildings and the surrounding environment.

The structure will serve diplomatic and economic purposes upon its opening, Nhan continued.

The official expressed his belief that the building will be a bridge between Vietnam and businesses from Germany and Europe.

The Ho Chi Minh City Party Committee will work with the German Chamber of Commerce in Vietnam to provide favorable conditions for the successful operation of the building complex, he said.