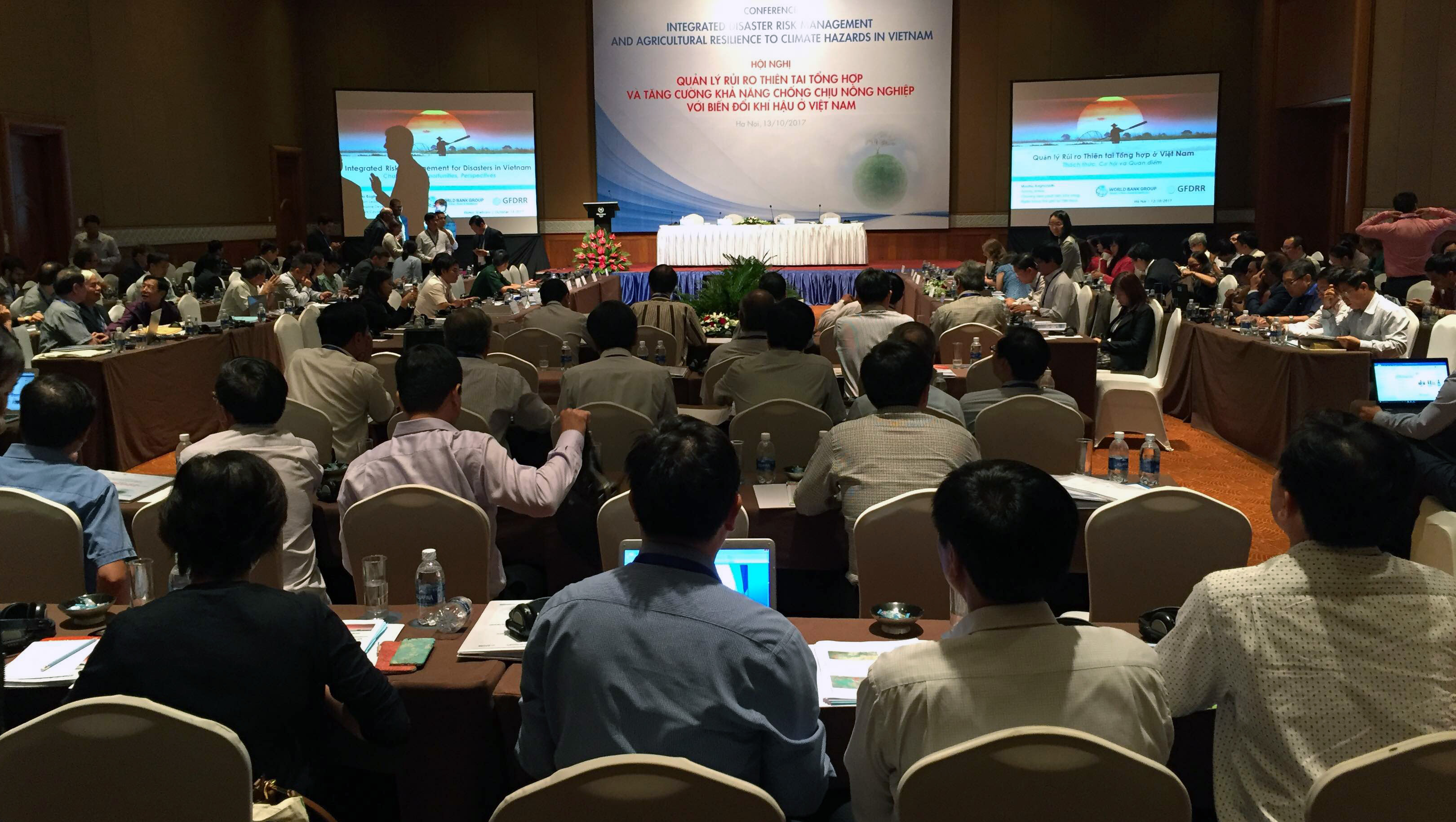 Vietnam can mitigate risks to natural disasters by implementing an integrated disaster risk management strategy, said experts at an international conference on Friday in Hanoi.

The conference was jointly organized by the Central Committee for Disaster Prevention and Control, the Ministry of Agriculture and Rural Development and the World Bank to mark the International Day for Disaster Reduction.

Over 200 participants who are delegates from various ministries, agencies, and international and local organizations discussed policy options to mitigate the impact of disasters, especially those related to institutional capacity and financing solutions.

Vietnam is highly prone to natural disasters, with over 70 percent of the country’s population exposed to risks from natural hazards.

Over the past two decades, disasters in Vietnam have caused more than 13,000 deaths as well as property damage estimated to be in excess of US$6.4 billion.

Climate change is projected to increase the impact of disasters, especially the timing, frequency, severity, and intensity of hydro-meteorological events.

In August, flashfloods and a landslide struck Son La, Yen Bai and neighboring provinces in the north, resulting in 44 dead or missing, and economic losses amounting to $55 million.

In September, Typhoon Doksuri, the most powerful storm in recent years, caused 9 deaths, destroyed 193,000 houses, and losses of up to US$385 million in central Vietnam.

In early October, torrential rains in the northern and central provinces, water levels surpassed historical heights. More than 80 people have been reported to be either dead or missing, and the economic losses are staggering.

Annually, disasters cost Vietnam an average of up to 1.5 percent of its gross domestic product (GDP). In the event of a major disaster, this can go as high as four percent of GDP.

Over 300 lives are lost on average each year. Agriculture is considered the most vulnerable sector for almost all kinds of natural disasters.

According to Nguyen Xuan Cuong, Minister of Agriculture and Rural Development and Chairman of the Central Committee for Natural Disaster Prevention, who was cited in a World Bank press release on Friday, impacts of natural disasters are high in areas where economic activities are vibrant.

Protection and prevention are key priorities decisive in ensuring economic growth and poverty reduction, Cuong noted, and a holistic approach is needed besides traditional ones.

The development of essential infrastructure and supporting tools, and the application of science and technology in integrated disaster risk management are key measures that can be taken to mitigate the risks, he added, while localities and agencies are also encouraged to integrate disaster risk management into their socio-economic development plans

The conference is an opportunity to review recent efforts towards a safer future, and to synergize efforts to reduce the impacts of disaster and ensuring safety for people, the World Bank press release highlighted.

“The Government of Vietnam has already made considerable efforts to respond to climate disaster risks but still more needs to be done,” Achim Fock, acting Country Director for the World Bank in Vietnam, was quoted as saying in his remarks at the conference. “Natural disasters can undo decades of development and the costs of rebuilding can be more than the costs of investment in disaster resilience.”

Delegates at Friday’ conference discussed options to address the challenges, including clarifying and consolidating disaster risk management responsibilities across agencies and establishing robust systems for disaster preparedness and response.

Global best practices show that effective planning and implementation begin with the right policies and the conference demonstrated this with examples in disaster risk management across countries and sectors.

The conference also presented the key findings of ‘Toward Integrated Risk Management and Resilience for Drought and Saltwater Intrusion in Vietnam’, a report that highlights the prolonged drought of 2015 and 2016 to illustrate the need for integrated disaster risk management.

A new program of technical assistance for resilience in the food agriculture sector – an activity supported by the Multi Donor Trust Fund for Food Price Crisis Response – was also launched at the conference.