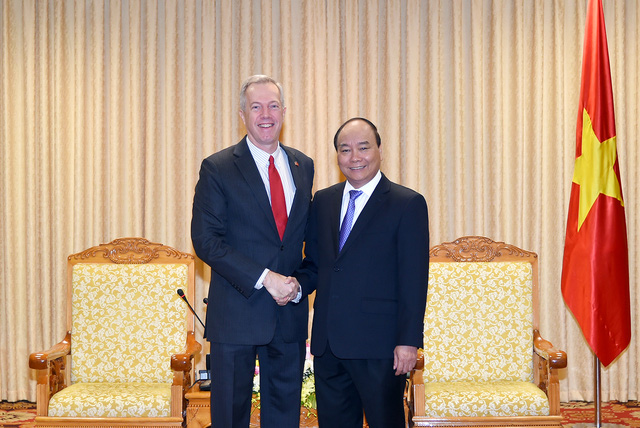 Check out what is in the news today, October 18

-- The Ministry of Foreign Affairs, along with the United Nations Resident Coordinator Office, on Tuesday organized a ceremony to commemorate the 40th anniversary of Vietnam’s entry into the force.

-- U.S. Ambassador to Vietnam Ted Osius disclosed during a farewell meeting with Vietnamese Prime Minister Nguyen Xuan Phuc on Tuesday before ending his term that he will continue his stay in Vietnam and work in the education sector.

-- Major General Ho Sy Tien, head of the criminal police division under the Ministry of Public Security, confirmed on Tuesday they had arrested six suspects involved in the arson of a car earlier this month in which the director of a company in Ho Chi Minh City was killed and his deputy and another passenger sustained serious injuries when they were traveling in the Mekong Delta.

-- The Da Lat City Forest Ranging Office in the Central Highlands province of Lam Dong on Tuesday requested that local police investigate the poisoning of another 151 pine trees with weed killers in Ta Nung Commune.

-- A 29-year-old male student at the Ho Chi Minh City University of Technology in Binh Thanh District was killed on the spot on Tuesday evening after getting hit by a falling slab of concrete right in the school yard.

-- Military training flights and one commercial flight at the Cam Ranh International Airport were delayed for 20 minutes on Tuesday after security guards detected three unattended dogs scurrying on the runway.

-- Very few farmers and even businesses have purchased insurance for their plants and animals despite constant susceptibility to natural disasters and extreme climate patterns, and the government’s incentive policies.

-- Many investors in condotels at Bavico Nha Trang Hotel, located in the namesake beach city in south-central Khanh Hoa Province, which had been discovered breaking many regulations during its operation, have filed their complaints with competent agencies, demanding the company hand over their purchases.

-- Representatives of Switzerland Tourism and leading tour operators from the European nation on Tuesday conducted a reconnaissance trip to Ho Chi Minh City and held a meeting with over 40 travel firms from across Vietnam to boost the number of tourists between the two countries.

-- The Department of Natural Resources and Environment in the southernmost province of Ca Mau has revealed nine local businesses had been slapped fines totaling over VND2 billion (US$87,072) for environmental offenses. 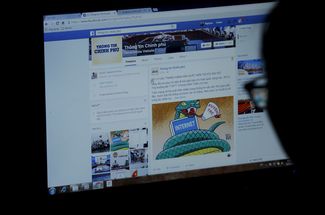