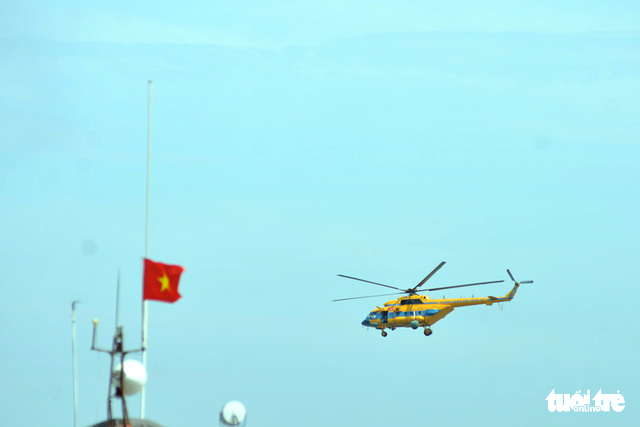 Check out the news you should not miss today, October 21

-- Vietnam’s lawmaking National Assembly is scheduled to sit for its 14th session from October 23 to November 24, during which legislators will consider important socio-economic goals for each year and subsequent years and decide on personnel issues, the legislature’s secretary general Nguyen Hanh Phuc told reporters in Hanoi on Friday.

-- Public servants in Ho Chi Minh City are banned from listening to music, swearing, wearing jeans and T-shirts and smoking at work, according to a proposed code of conduction under consideration by the municipal administration.

-- A disaster drill for a hypothetical storm was conducted on Friday in Ho Chi Minh City’s coastal district of Can Gio, with 583 vehicles, including helicopters, deployed.

-- The Japanese government’s emergency relief aid, consisting of 40 sets of canvases, 47 water purifiers, and more than 5,000 blankets, arrived at the Noi Bai International Airport in Hanoi on Friday and will soon reach people in Vietnamese flood-hit areas.

-- Hanoi-based Institute of Transport Science and Technology on Friday proposed developing two monorail routes, connecting two parks with the Tan Son Nhat International Airport in Ho Chi Minh City, at a cost of up to $50 million per km, to help curb congestion at the roads leading to the airdrome.

-- The APEC 2017 Finance and Central Bank Deputies’ Meeting kicked off in the central Vietnamese province of Quang Nam on Friday, with highlights on the implementation of the Cebu Action Plan and financial cooperation progress

-- Vietnam's Inflation in 2017 is likely to stay below 4 percent, meeting the goal set by the lawmaking National Assembly.

-- RON 92 petrol price in Vietnam dropped by a mere 124 dong on Friday afternoon, now selling under the new ceiling of VND17,875 a liter.

-- Vietnam lost 1-3 to the world's No.13 Croatia during their opener at the four-nation tournament Futsal Planet in China.