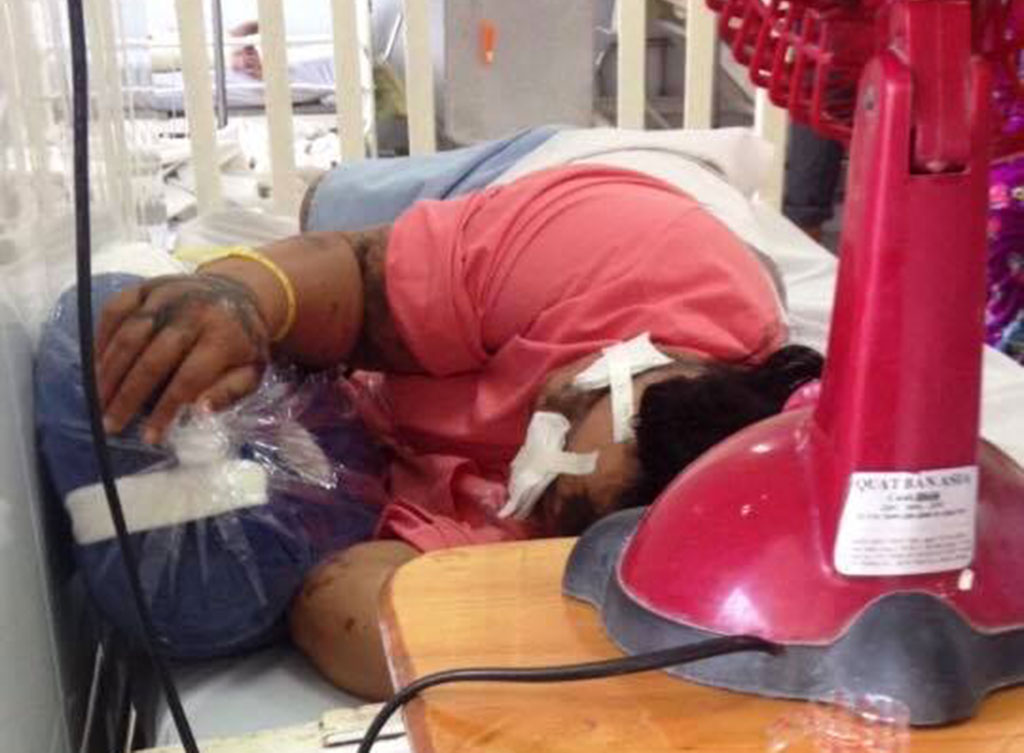 Police in Ho Chi Minh City are investigating an acid attack on a local woman who works as an accountant at an international school.

Police officers in District 2 opened a probe on Sunday into an assault on Vo Thi D.H., a 46-year-old living in the district.

H. works as an accountant for an international school in District 2.

According to the case file, H. was traveling home on Nguyen Van Huong Street at around 6:20 pm on Friday last week when she was approached by someone riding a motorcycle.

A man sitting on the motorbike then spilled acid on H., causing severe burns to her eyes and body, before driving away.

The victim was then admitted to Cho Ray Hospital in District 5 for emergency care with the help of local residents.

Initial reports reveal that H. is currently unable to see, and that she can barely write because of the wounds caused to her hands.

The woman is single, lives with her parents, and has not been involved in any prior conflict, officers said, adding that she had not received any threatening messages before the incident.

According to the victim, she has worked as an accountant for several companies and international schools.

She has been an employee of her current school for about six months.

H.’s family are also unclear as to why she was attacked as the victim does not have any ongoing conflict with anyone, does not owe money, and has not been involved in any romantic relationship.

Her colleagues stated that H. is a friendly and approachable person, and are assuming that the attacker has mistaken her for someone else.