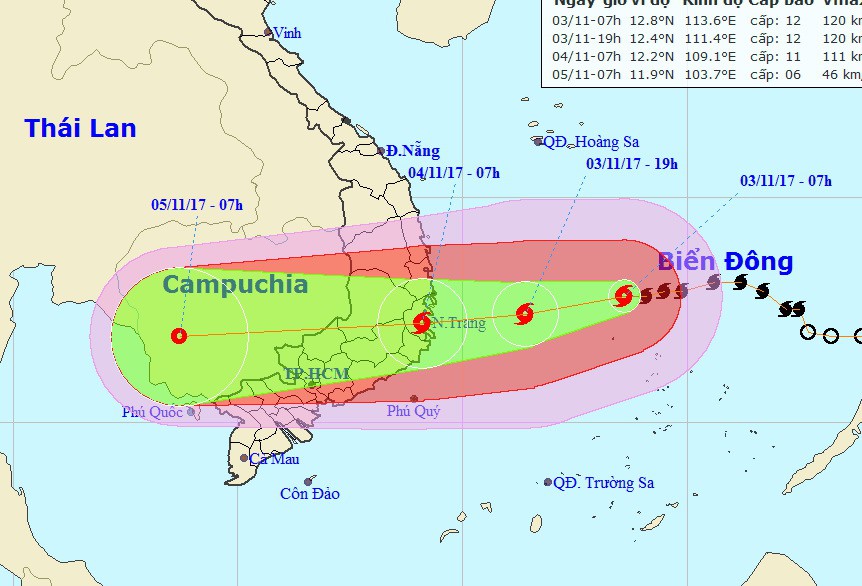 The typhoon was located about 500 kilometers east of the coastline from Khanh Hoa to Ninh Thuan Provinces at 4:00 am on Friday, packing winds at 90 to 100km per hour.

It is expected to continue gathering strength while traveling southwestward, according to the National Center for Hydro-meteorological Forecasting.

By 4:00 am on Saturday, Damrey will reach sea areas spanning from Khanh Hoa to Ninh Thuan, with wind speeds estimated at 100 to 135km per hour and gusts at up to 183km an hour.

During the following 24 to 36 hours, the storm is predicted to make landfall in the south-central region before weakening into a tropical depression.

Under the combined effect of typhoon Damrey and a cold front, heavy rains will hit localities between Quang Tri and Binh Thuan Province beginning Friday evening.

Rainfall may also spread to the north-central region, Central Highlands, and southern localities.

Authorities in the affected localities have taken measures to prepare for potential disasters.