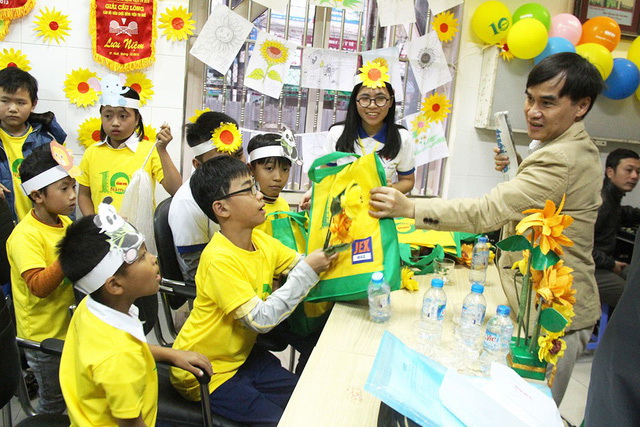 -- Authorities in Chau Thanh District in the Mekong Delta province of Kien Giang confirmed on Saturday they would keep a seven-year-old girl away from her own father and stepmother after her teachers had found serious injuries on her body from the parents’ torture.

-- The Ho Chi Minh City Department of Transport on Saturday put into operation its first-ever river bus in a bid to help alleviate the aggravating traffic pressure on local streets.

-- A 14-year-old boy stabbed another male teenager to death in an assault that erupted at an Internet shop in Phan Thiet City in the south-central province of Binh Thuan on Saturday.

-- Hundreds of residents in Van Ninh District in south-central Khanh Hoa Province have ravaged protective forests for wood in recent times to sell to shrimp farmers to make cages and rafts.

-- Shopping malls and stores, particularly fashion boutiques, in Ho Chi Minh City were packed with customers as the Black Friday shopping spree began despite a downpour from the early evening.

-- The People’s Committee of Dak Lak Province in the Central Highlands has called for investment from Korean enterprises into its four recently announced hi-tech agricultural projects.

-- Nearly 25,000 students, mostly pre-schoolers in mountainous districts in the northern province of Lao Cai, had a few days off school in a cold spell that has hit the area over the last several days.