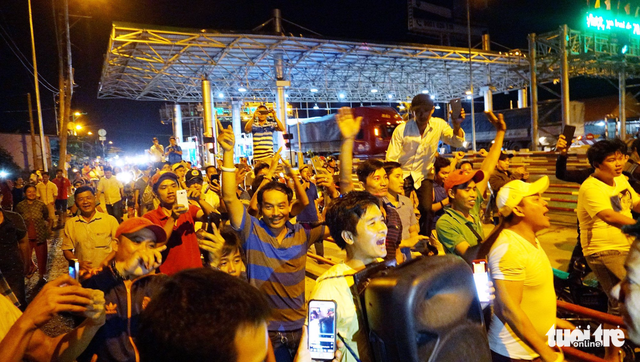 -- A total of 597 cyberattacks hit websites in Vietnam in November, the Vietnam Computer Emergency Response Team (VNCERT) under the Ministry of Information and Commutations reported.

-- A driver of the Thanh Buoi Passenger Bus Line was fined by police in the Central Highlands province of Lam Dong on Monday after being caught on camera driving in the wrong lane along the Bao Loc Pass.

-- Nearly 27,000 houses in the south-central province of Binh Dinh have been inundated while hundreds of hectares of crops damaged by flooding.

-- The number of murder cases in the central city of Da Nang has increased by six and sexual abuse on children by four compared to last year, according to the legal department of the municipal People’s Council.

-- The toll station of a BOT (build-operate-transfer) project in Cai Lay Town, located in the Mekong Delta province of Tien Giang, will be shut down for one month following a decision of the prime minister on Monday. Drivers and local media had condemned the tollgate’s mislocation.

-- The People’s Committee in the southern province of Dong Nai and relevant agencies are planning on the relocation of residents to prepare for the construction of Long Thanh International Airport, located in the namesake district.

-- Experts suggested that Vietnam should change its strategy for maritime management at a conference in Hanoi on Monday morning.

-- About 1,000 bonsai trees of varied species will be on view in an exhibition organized at the Phuc Tho District Stadium in Hanoi from December 6 to 19.

-- Authorities in Ho Chi Minh City are set to collect feedback from local residents on the establishment of pedestrian streets on De Tham and Do Quang Dau Streets in the ‘backpacker area’ in District 1. The two footpaths are expected to be opened during next year’s Lunar New Year holiday.