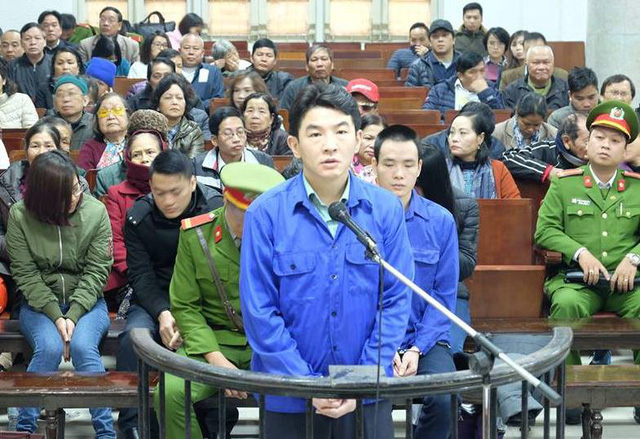 A businessman from Taiwan is facing life imprisonment for conning hundreds of people out of almost US$12 million through an illegal gold trading floor he ran in Vietnam.

Hsu Ming Jung, a.k.a. Saga, 42, stood trial before a Hanoi court on Wednesday for the fraudulent appropriation of assets connected with the Khai Thai investment consulting firm, of which he was the founder and general director.

According to his indictment, Hsu hired several Vietnamese nationals in 2011 to work as directors of Khai Thai and serve as a cover for the company’s real business of mobilizing gold and cash from the public in the form of entrusted investments.

The company was also found to be running illegal gold and foreign currency trading under the guise of an investment consulting firm.

Gold investment accounts are not recognized in Vietnam and, contradictory to advertisements, Khai Thai did not have a single business connection with any trading floor anywhere in the world.

Despite the fact, the company led investors into believing that it was a major gold investment account company in China with profitable businesses based in Hong Kong and Guangzhou.

In reality, the firm operated by taking one investor’s money to pay for another, according to the indictment.

Hsu was found to be the mastermind behind the organization while his six Vietnamese accomplices acted as legal representatives and paper pushers for Khai Thai.

The People’s Procuracy of Hanoi at Wednesday’s hearing proposed that the Taiwanese man be sentenced to life imprisonment while his Vietnamese partners receive between three and 20 years behind bars, considering the fact that the defendants’ actions were of especially dangerous nature and that a large sum of money was involved.