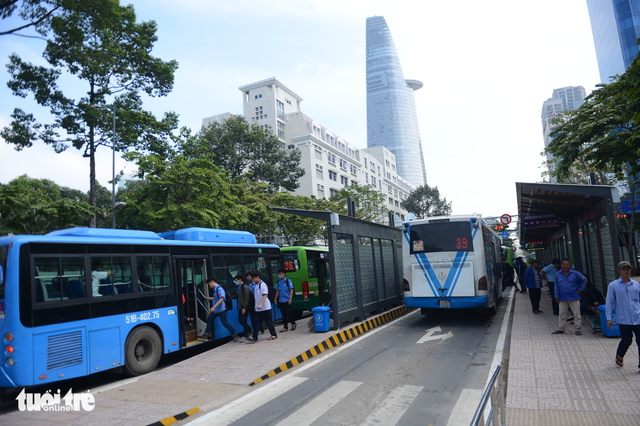 -- A total of 413 fake driver’s licenses were discovered across Ho Chi Minh City in 2017, according to the municipal Department of Transport.

-- The Supreme People’s Procuracy on Thursday prosecuted Trinh Xuan Thanh, former chairman of the managing board of PetroVietnam Construction Corporation (PVC), for embezzling about VN14 billion (US$616,490) at the PetroVietnam Power Land Joint-Stock Company (PVP Land).

-- Chung Hoang Chuong, owner of a SIM card store in the Mekong Delta city of Can Tho, refused to show up on Thursday evening after being summoned by local authorities for allegedly comparing the city’s New Year lighting display to women’s underwear.

-- Ho Chi Minh City’s new Mien Dong (Eastern) Bus Station, located in District 9, will not be put into operation prior to the Lunar New Year, falling in mid-February, as per the original schedule due to a delay in site clearance.

-- The Ministry of Culture, Sports and Tourism has imposed administrative fines totaling VND12 billion ($528,420) in the year to date.

-- About 62 million metric tons of cement has been consumed in Vietnam in the year to date, up by three percent compared to the previous year, according to the Vietnam National Cement Association (VNCA).

-- The State Bank of Vietnam has issued a new circular allowing businesses in Vietnam to apply for foreign currency loans until the end of 2018.

-- The People’s Committee in the Central Highlands province of Dak Lak has agreed to channel the local budget into regular artistic performances featuring the gong culture to entertain local residents and visitors in 2018.

-- Visitors to Hoi An, a famous ancient town in the central province of Quang Nam, have been complaining that the tourist destination has lost its peaceful charm after multiple pubs with noisy music were established.