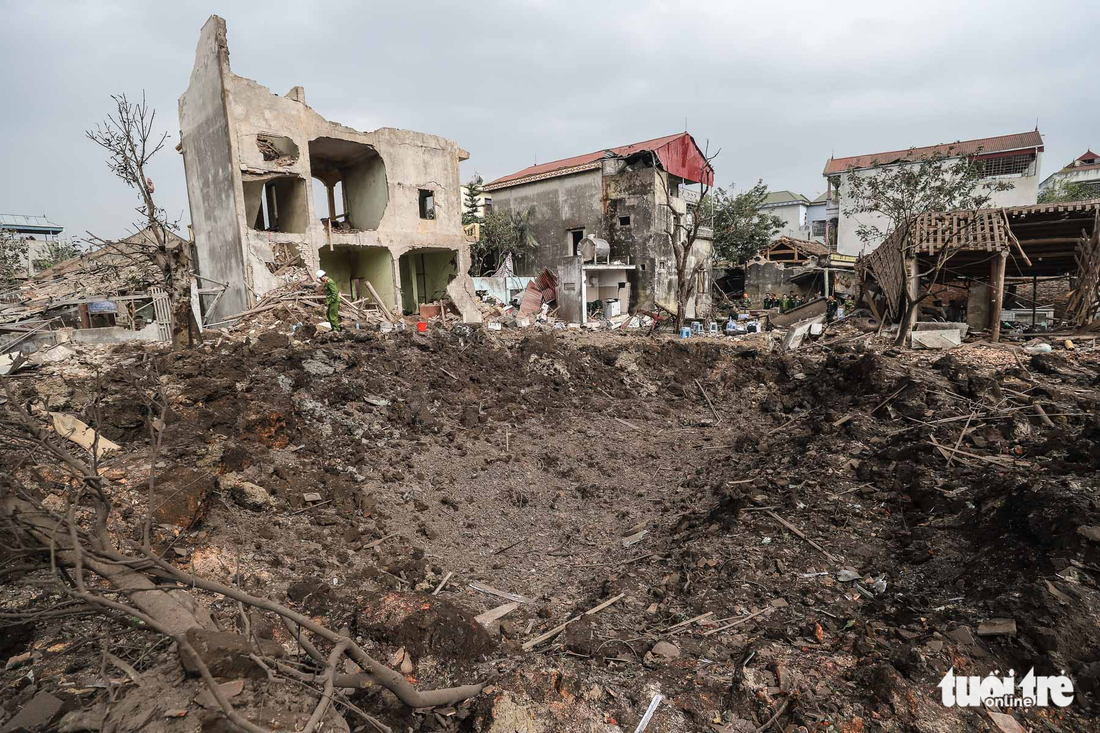 While the risk of explosion at a ‘scrap village’ in the northern Vietnamese province of Bac Ninh where a fatal blast occurred this week has loomed for years, local authorities are still working out a feasible way to mitigate the situation.

The blast at around 4:10 am on Wednesday at a scarp warehouse in Quan Do Village, Van Mon Commune, Yen Phong District, killed two children and injured seven people. Seven nearby houses were also leveled by the explosion.

Nguyen Van Tien, the owner of the facility who was arrested later the same day, claimed the explosion was caused by the seven metric tons of old bullets he had recently bought to extract scrap metal.

The bullets were being stored in the warehouse yard when they triggered the blast.

Quan Do has long been a notorious ‘scrap village,’ with many residents earning small fortunes from buying and reselling metal.

Unfortunately, the quest for riches has led these entrepreneurs to make several questionable scrap metal purchases over the years, including used parts from missiles, tanks, and airplanes.

“All of these parts have already been deactivated before being sold to us. What we have are just the damaged metallic covers,” an insider told Tuoi Tre (Youth) newspaper in a documentary 10 years ago.

But the abundant profit is also accompanied by great risk, including pollution, disease, fire, and explosion.

According to Nguyen Van Ly, chief of Quan Do Village, local authorities are unable to track which material scrap metal businesses are buying and selling.

“It’s shocking that someone would take the risk of storing such a large volume of bullets in the middle of a village,” Ly stated.

When it comes to how the business activity is managed, Cuong claimed that such responsibility belongs to another district deputy chairman.

There are specific regulations on the trade of scrap material, the official continued, adding that regular inspections are carried out at local facilities.

“However, competent authorities have no way of knowing if local residents are secretly storing prohibited material,” he elaborated.

Dang Tran Quyet, who resides near the facility of Nguyen Van Tien, said that local people relentlessly complain to authorities about the pollution and danger posed by local scrap businesses.

However, no changes have been made, he stated.

Quyet urged district- and provincial-level leaders to listen to locals’ opinions and determine a suitable solution.

Nghiem Thi Gai, who also lives in the neighborhood, considers it lucky that no one in her family was harmed by the blast.

“We were terrified to realize that we had been living amid a large haul of explosives,” Gai added.

According to the local administration, a 25-hectare area was proposed for these types of business operations, but a lack of land financing has put the project on an indefinite hold.