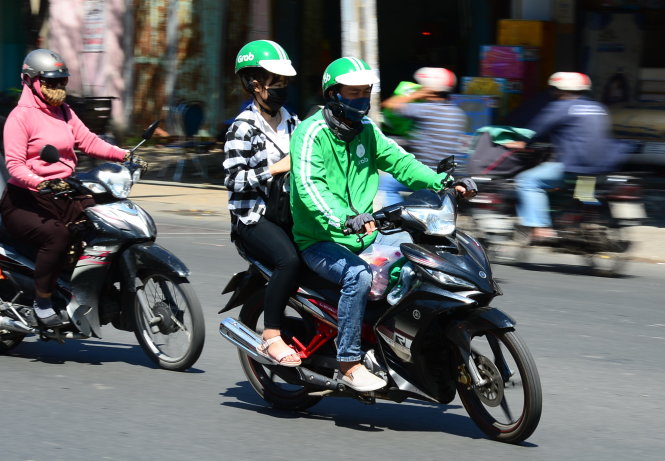 -- Speaking at a meeting on Saturday, Vietnamese Prime Minister Nguyen Xuan Phuc stressed more efforts will be exerted to deepen Vietnam and Laos’ political ties and to boost socio-economic development and international integration, particularly in joint projects in port and electricity.

-- Jaywalking remains rampant in Ho Chi Minh City despite a law to jail violators causing fatal accidents which has taken effect since January 1, 2018, as pedestrians continue to risk their own and others’ lives by crossing busy streets or climbing median strips.

-- Serious congestion lasted for around two hours on Saturday morning on a stretch of nearly 5km in O Mon District in the Mekong Delta city of Can Tho as drivers from local transport operators stopped their vehicles along all lanes at a tollgate as part of a BOT (build-operate- transfer) project and refused to pay the fees.

-- Border port soldiers in Ba Ria-Vung Tau Province, approximately 120km from Ho Chi Minh City, confirmed on Saturday they were investigating the origin of 60,000 liters of DO oil on board a suspicious freighter spotted on Friday.

-- Thirty-five individuals were honored for their good deeds and notable contributions to the central city of Da Nang at a ceremony on Friday as part of a program jointly launched by Tuoi Tre (Youth) newspaper.

-- Flower and fruit farmers in Mekong Delta provinces are under constant worry that the fickle weather hitting the region over the past few weeks will affect their crops before the upcoming Tet (Lunar New Year) holiday.

-- Grab Vietnam revealed on Saturday they will delay collecting their drivers’ income tax on their behalf, pending the tax agency’s further announcement, after the company had silently cut commission rates from 23.6 percent back to 20 percent.

-- Delegates at a five-hour dialogue on Saturday put forth multiple questions regarding the development of Vietnamese football.