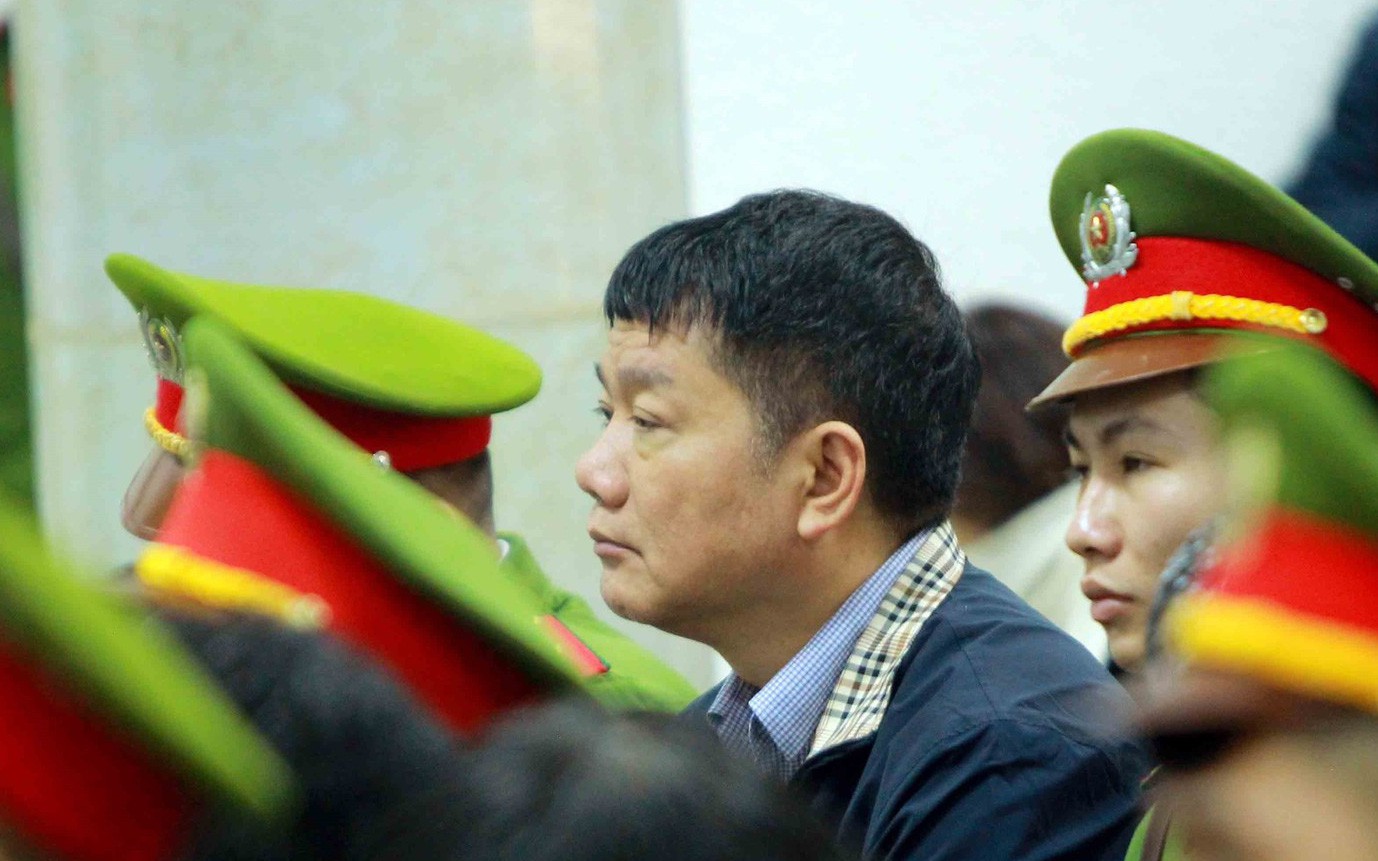 Former Politburo member and ex-chairman of state-run oil and gas group PetroVietnam (PVN) Dinh La Thang has been condemned to 13 years in prison for his financial misconduct, according to the court ruling at the end of a two-week trial.

The Hanoi People’s Court on Monday morning announced their decisions regarding the misconduct at PVN that resulted in losses of VND119 billion (US$5.24 million).

Thang, along with Trinh Xuan Thanh, the former chairman of PetroVietnam Construction Corporation (PVC), a subsidiary of PVN, and 20 other defendants stood trial from January 8 onward.

Thang was charged with deliberately violating state regulations on economic management, which led to serious consequences.

Eleven other suspects were prosecuted for similar offenses, while eight defendants were tried for embezzlement of property.

Thanh and Vu Duc Thuan, the ex-general director of PVC, were indicted for both offenses.

According to the judgement, Thang was sentenced to 13 years in prison.

Meanwhile, Thanh was penalized with lifetime imprisonment for his serious violations.

Thuan was sentenced to 22 years in prison, including seven years for deliberately violating state regulations and 15 years for embezzlement.

The other defendants received jail terms ranging from 17 months to 16 years, some were given suspended sentences.

According to the indictment, PVN opened the Thai Binh 2 thermal power project, located in the namesake province, in 2010.

Under Thang’s directions, PVC was chosen in June 2010 as the EPC (Engineering, Procurement, and Construction) contractor for the project.

PVN then made an advance transfer of $6.6 million and over VND1.3 trillion ($57.2 million) to PVC to aid its construction.

However, Thanh and other suspects at PVC were proven to have spent the money fraudulently, resulting in losses of VND119 billion for PVN.

They also used the advance payment to legalize several documents relating to the building of several facilities in order to withdraw VND13 billion ($572,584), of which Thanh pocketed VND4 billion ($176,220).

The jury had stated that they had sufficient evidence against Thang, Thanh, and their accomplices, before issuing the punishments.

Thang is facing a separate trial in the near future regarding his role in losses of approximately VND800 billion ($35.2 million) worth of PVN’s investment in OceanBank, a local lender.

Additionally, Thanh is expected to stand trial for his involvement in the embezzlement of VND14 billion ($616,770) from the PetroVietnam Power Land Joint-Stock Company (PVP Land).