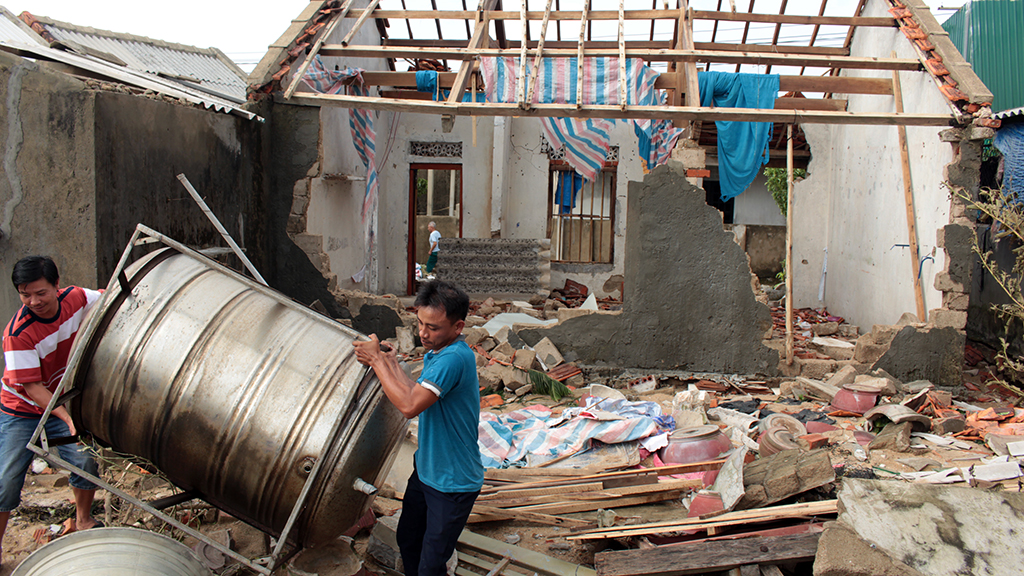 ​Vietnam and U.N. to build storm-proof housing for coastal communities

Thousands of families on Vietnam's typhoon-battered coast will receive free storm-proof houses, which can help pull them out of poverty, government and United Nations officials said.

Vietnam is one of 10 countries most affected by climate change, according to the latest annual Climate Risk Index published by the research organisation Germanwatch.

Coastal residents are particularly vulnerable as storms increase in frequency and intensity.

They are often trapped in poverty, accumulating debt or spending savings to rebuild or repair their homes, businesses and possessions.

"There is a really strong link between poverty and being able to accumulate assets, and housing is one of the major assets," said Jenty Kirsch-Wood, a senior technical advisor at the UN Development Programme (UNDP).

"If we can get some these highly vulnerable people into safe houses, it not only protects their lives, but also their assets and small businesses."

The two-room houses are based on simple design to create a stronger structure.

Features include a mezzanine level to protect against flooding, reinforced roofing and the use of strong cement.

Each home costs about $1,700 to build, and about 37 have been completed so far in Quang Ngai Province, she said.

After testing and monitoring, the housing scheme will be expanded to other provinces.

Kirsch-Wood said she hopes the low cost, storm-proof designs will be adopted throughout the country as people hear about them through word of mouth.

The aim is also for the Vietnamese government to draw upon the designs when constructing future housing projects, she said.

The housing scheme is part of a $29.5 million project - funded by the U.N. Green Climate Fund - to increase resilience in Vietnamese coastal communities to the effects of climate change.

The poorest households will be targeted under the project, with priority given to ethnic minorities, disadvantaged families, the elderly and people with disabilities.