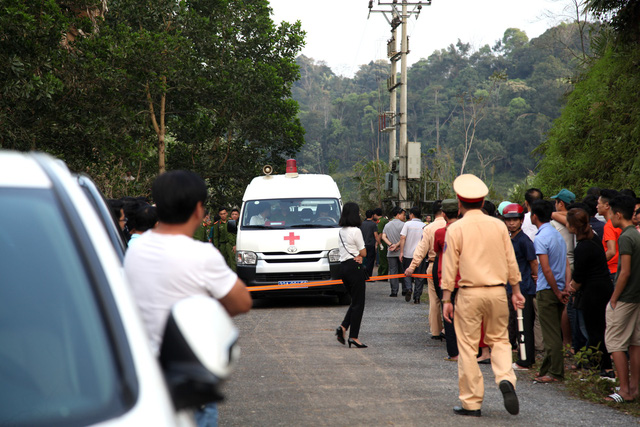 Family of three found dead in Mercedes-Benz in northern Vietnam

A couple and their nine-month-old son were found dead in their private Mercedes-Benz parked along a rural street in northern Vietnam on Tuesday.

The couple was identified as T.D.M., 46, a driver for the Department of Construction in Ha Giang Province, and his wife N.T.B.N., 38, an obstetrician at the Ha Giang General Hospital.

M. and N. have another son, a 9th grader who is still recovering from the shocking news, according to the relatives.

The couple and their nine-month-old son were reported missing late Monday.

Their bodies were found 7km away from home just a day later.

Locals said they first noticed the car parked on the road in Ha Thanh Village on the morning of March 20.

The strange car sparked suspicion and authorities were called to investigate at around 4:00 pm.

The car was registered in Hanoi and had burn marks on its roof.

Officials believe asphyxiation was the cause of death, but say it is too early to issue a final report.