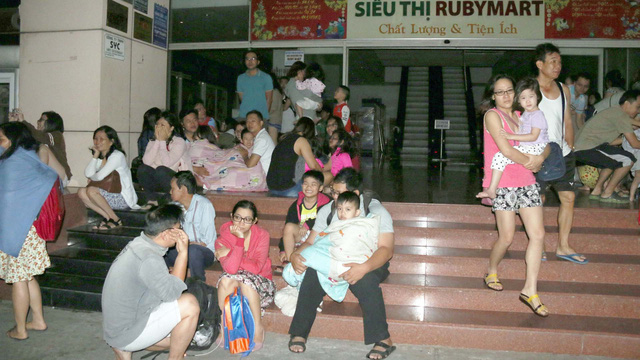 ​Fire insurance to become mandatory in Vietnam next month

A new decree taking effect next month will require many facilities and buildings in Vietnam to buy fire insurance.

According to Decree No. 23, which will come into force on April 15, developers of buildings that do not have the compulsory insurance will be fined.

Venues that must be covered by fire insurance are schools and education centers, hospitals and medical centers, convention centers, theaters, cinemas, stadiums, museums, libraries, galleries, markets, shopping malls, and supermarkets among others.

They also include hotels, apartment buildings, headquarters of state entities, and business offices that are five stories high and over.

These facilities are considered susceptible to potential fire and explosion hazards.

There are more than 10,000 constructions that fall into the above categories in Ho Chi Minh City, according to Senior Lieutenant Colonel Nguyen Duc Vinh, an official from the municipal Department of Fire Fighting and Prevention Police.

Nearly 2,000 of these structures are not covered by fire insurance, Vinh continued, adding that most of them are apartment buildings.

In most cases, residents in an apartment complex will elect a management board, which will be authorized to sign a policy and purchase fire insurance, the police official elaborated.

An apartment building is only considered as having sufficient insurance when all of its households agree to pay for it.

Many complexes have yet to establish a management board, while residents in others are not unanimous on buying the type of insurance, Vinh explained.

Competent agencies are also scratching their heads over determining a proper way to deal with violators in this case, he added.

According to the police official, those who fail to purchase fire insurance as per the new regulations will face a fine worth up to VND80 million (US$3,509).

The Ministry of Public Security will also update the list of the constructions which are required to have fire insurance on the agency’s official website every year.