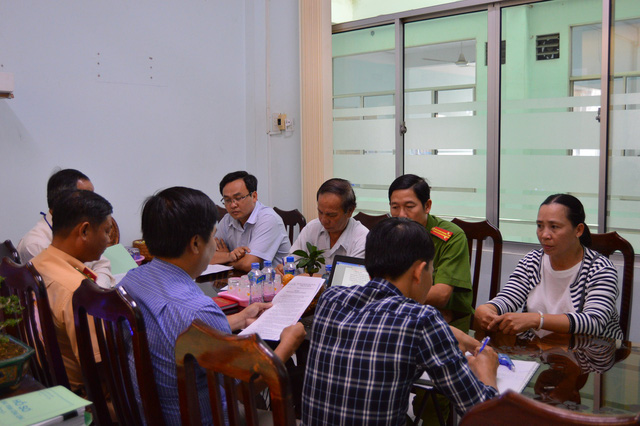 A video showing the owner of Kim Cuong Co. and one of the company’s shuttle car drivers verbally and physically attacking three passengers, a mother and two sons, was posted to Facebook on Tuesday, causing widespread outrage on the social network.

The incident took place at the Kim Cuong stop in Cao Lanh City, the capital of Dong Thap, on Monday.

Kim Cuong Co. is a Ho Chi Minh City-registered company so Dong Thap authorities were only able to suggest the one-month suspension to their Ho Chi Minh City counterparts, rather than issue an enforcement order themselves.

Le Thi Kim Cuong, the company director, was summoned by Dong Thap authorities to discuss the situation on Wednesday.

On March 19, V.T.N.N. and her two sons were picked up by a Kim Cuong Co. shuttle car at their house in Thanh Binh District, Dong Thap for transport to Cao Lanh, about 30km away, where they were meant to board the company’s passenger bus to come to Ho Chi Minh City.

At the Cao Lanh terminal, N. asked to buy two tickets as she could arrange for her children to share one seat.

Cuong, however, insisted that the mother buy three tickets, and the two quickly got into a quarrel.

The passenger later said she would not travel with Kim Cuong, and offered to pay VND50,000 (US$2.2) for the shuttle service.

As N. refused to pay, Cuong and the shuttle car driver began to verbally attack the passenger, aggressively putting her finger to N.’s face and grabbing her bag.

The two children began to cry at the sight of their mother being threatened.

An onlooker filmed the entire row and later uploaded the footage on Facebook.

At Wednesday’s meeting, the Dong Thap Department of Transport said it would file an official request with the Ho Chi Minh City counterpart to suspend Kim Cuong Co. for a month and impose administrative fines on the individuals involved.

The shuttle car driver should also be banned from work, according to the department.

Cuong and her driver are required to give an official apology to the passenger and her children.

The company boss told Tuoi Tre (Youth) newspaper that she lost her temper at the time, which led to her improper behavior toward her customers.

Cuong also asked the newspaper to extend her apologies to N. and her children.