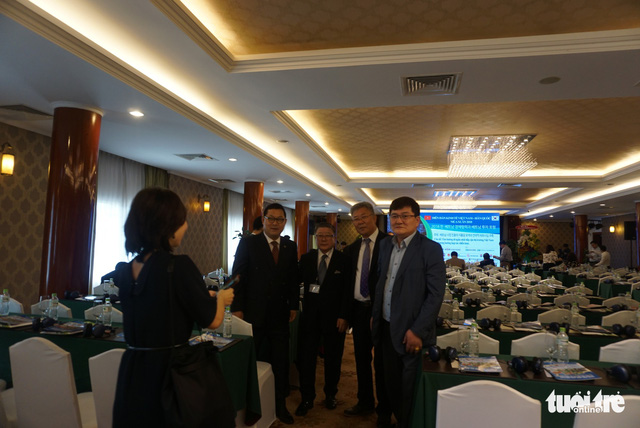 -- Land owners on Phu Quoc Island off southern Vietnam are being drawn into a real estate fever as they divide vast areas of farmland into smaller plots and sell for profit despite warnings from authorities and experts.

-- The administration of Quang Ngai Province in central Vietnam is raising eyebrows as it wants to relocate a planned border guard station to free up space for a resort project developed by scandalous realty conglomerate FLC Group.

-- The police chief of Da Nang City in central Vietnam has denied rumors that a luxury villa he owns in the city’s Son Tra District had been a gift from Phan Van Anh Vu, aka Vu ‘nhom’, a ‘mafia’ boss who had been arrested for links to multiple land management violations involving former Da Nang leaders and top military officials.

-- Six Vietnamese fishermen have been saved and brought to safety after their ship was attacked by a Chinese vessel early Friday morning and sank near the Hoang Sa (Paracel) Islands in the East Vietnam Sea.

-- A former journalist in Vietnam has been sentenced to three years behind bars for extortion of property, after he pleaded guilty to blackmailing the director of the Department of Planning and Investment in Yen Bai Province in northern Vietnam and another individual.

-- Nearly 99 percent of residents in Vietnam’s rural areas have been connected to the national power grid following an investment of VND40 trillion (US$1.76 billion) by state-run Vietnam Electricity (EVN) group over the past decade to develop electricity infrastructure in the areas.

-- Vietnamese ride-booking application VATO has encountered technical issues in recent days after upgrading from an older version, leaving users unable to find a driver, CEO Tran Thanh Nam admitted, promising to have the issues fixed by May.