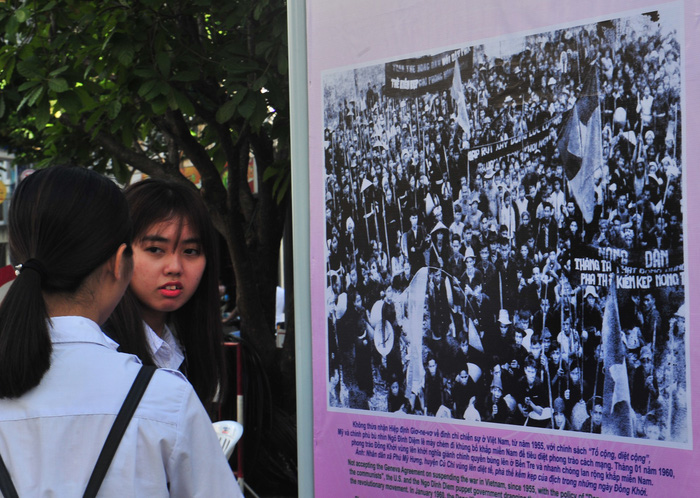 Check out the news you should not miss today, April 27

-- On the occasion of his April 25-27 official visit to Singapore, Vietnamese Prime Minister Nguyen Xuan Phuc on Thursday attended the Vietnam – Singapore Business Forum, which saw the participation of 700 representatives.

-- Vice Secretary of the Ho Chi Minh City Party Committee Vo Thi Dung on Thursday received Jean Charles Negre, Politburo member and former standing member of the French Communist Party Secretariat, who is visiting the city on the occasion of celebrating the two countries’ 45th anniversary of their diplomatic ties and the fifth year of the Strategic Partnership.

-- Around 400 ATM accounts of Vietnamese lender Agribank were hacked and got their money stolen in the night of April 25.

-- Tons of fishes have died en masse, allegedly due to oxygen depletion, at the Binh Ha irrigation lake in the southern province of Binh Phuoc since Tuesday.

-- France currently has 215 investment projects with a total value of US$217 million in Ho Chi Minh City.

-- Women should take the lead in fostering economic connectivity and international cooperation, said Vietnamese Vice President Dang Thi Ngoc Thinh in her remarks at the opening ceremony of the 2018 Global Summit of Women in Sydney on Thursday.

-- After a five-year strategic partnership, Singapore has had more than 2,000 projects invested in Vietnam with a total capital of $43 billion, with the two countries’ bilateral trade topping $8.5 billion.

-- The renowned 2018 Hue Festival kicked off tonight, April 27, in the central city of Hue, running until May 2, with the participation of thousands artists of 36 troupes from Vietnam and 20 countries.