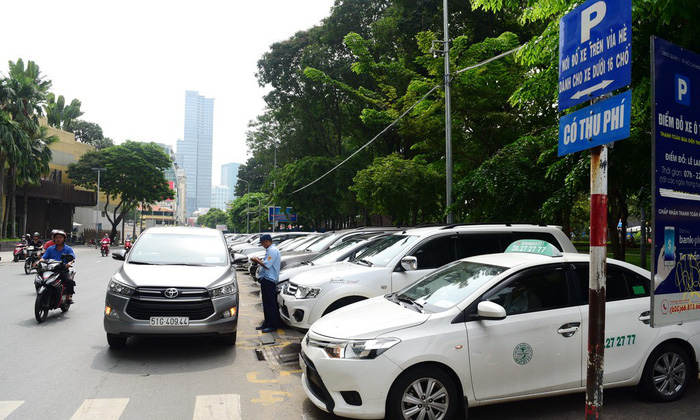 -- Vietnamese State President Tran Dai Quang on Friday received Vietnamese and foreign scientists at the Presidential Palace in Hanoi after the scholars had attended a seminar themed ‘Science for Development’ in Qui Nhon City in south-central Vietnam.

-- New car parking fares will be implemented on 36 streets in Ho Chi Minh City, mostly in the downtown area, beginning June 1, starting from VND20,000-30,000 (US$0.88-1.32) for the first hour and increasing progressively the longer a vehicle is parked.

-- At a court in Ho Chi Minh City on Friday, prosecutors turned down request for a shorter prison term for Dinh La Thang, a former member of Vietnam’s Politburo who was in January sentenced to 13 years behind bars in a graft crackdown, believing the punishment is “harsh but necessary” for the defendant.

-- A 78-year-old Vietnamese man who was last November handed a three-year prison term for lewd acts against two minors, has had his sentence reduced to only 18 months as the court of appeal ruled there was insufficient evidence to charge him for both counts.

-- Police in Ba Ria City in the southern province of Ba Ria – Vung Tau has apologized for handcuffing a 13-year-old girl who threw rocks at officers that had come to her house for coercive land clearance.

-- Taiwanese firm Formosa, which in 2016 was found responsible for causing mass fish deaths along the central coast of Vietnam due to pollutants from its steel plant in Ha Tinh Province, has basically finished amending its mistakes and building necessary waste treatment systems to prevent future crises, according to inspectors.

-- Vietnamese realty developer FLC Group, which has been found in violation of construction regulations in many past projects, has been approved to develop a nearly 100-hectare villa and resort project on the Cu Lao Xanh, an islet off the coast of Quy Nhon City in the south-central province of Binh Dinh.

-- The Department of Agriculture and Rural Development in the central province of Quang Nam is calling for businesses and residents to buy locally grown watermelons in an effort to ‘save’ farmers from huge losses as watermelon prices plummet.

-- Over 1,200 pigs were found to have been injected with water to increase their weight in the southern province of Dong Nai as inspectors raided a local slaughterhouse on Friday.