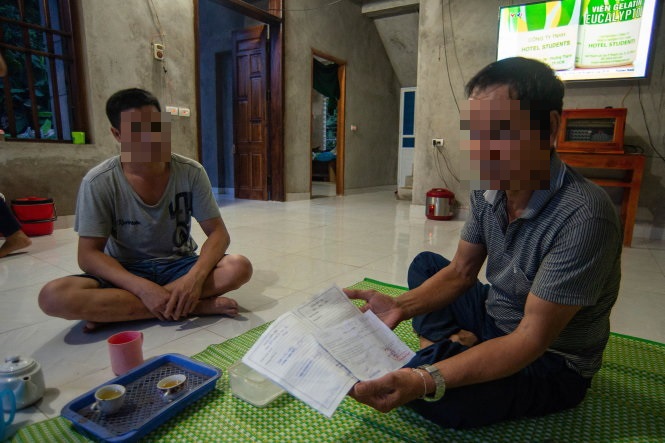 Over 40 people in a neighborhood in the northern Vietnamese province of Phu Tho have recently tested positive for HIV, while the reason behind the infection remains a mystery.

The provincial Department of Health conducted a test on 490 residents in Kim Thuong Commune, Tan Son District in July and discovered that 42 of them, including an 18-month-old baby, had been affected by the dangerous virus.

Kim Thuong is a mountainous locality where life is still difficult. About 97 percent of the people here belong to ethnic groups.

The examination was carried out after two fatal cases caused by AIDS were recorded in the commune between February and June.

“This is a very high ratio. The situation must have been present for quite a while,” Le Quang Tho, director of the Phu Tho health department, assessed.

Phung Quy Mao, chairman of the Kim Thuong People’s Committee, told Tuoi Tre (Youth) newspaper that the incident was shocking as drug- and prostitution-related crimes have not been present at the locality for years.

“It is a peaceful and united community. All people have been preserving their traditional cultures,” Mao elaborated.

The provincial administration said during a press meeting on Monday that the infection could have arisen from medical practices of a man named T. at his unlicensed clinic.

Competent authorities and health experts will be mobilized to investigate the case.

According to Hoang Dinh Canh, deputy head of the Vietnam Administration of HIV/AIDS Control, the 42 patients will be provided with free medicine for the next three months.

H.V.N., a resident in Kim Thuong Commune, said one of his family members, who is nearly 60 years old, is among the victims.

“We are just ordinary farmers. It was a shock that my relative had been exposed to the disease,” N. continued.

“People have been judging and avoiding all members in my family,” he added.

According to N., many residents in Kim Thuong often seek treatment for their illness at T.’s house.

Those who were previously treated by T. are now worried whether or not they had been exposed to HIV.