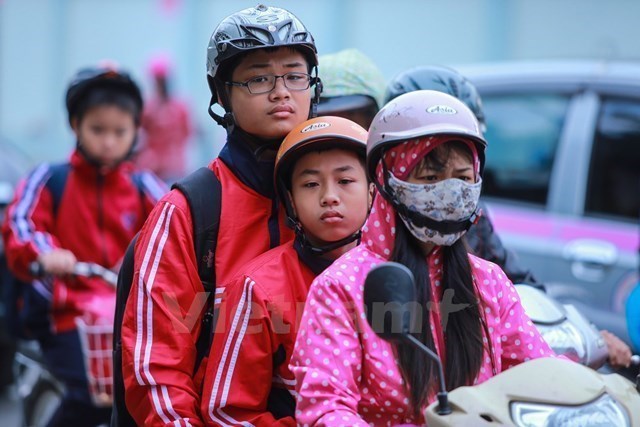 Cold spell to lower temperatures in northern Vietnam this week

Temperatures are forecast to plummet across northern Vietnam as a fresh cold front is expected to start affecting the region on Monday.

Under the influence of the enhanced cold spell, the lowest temperatures in northern provinces will range between 21 and 24 degrees Celsius, while average highs are at 27 to 30 degrees Celsius.

Mercury in mountainous localities will fall under 20 degrees Celsius, according to the National Center for Hydro-meteorological Forecasting.

Common temperatures in Hanoi are expected to vary between 22 and 30 degrees Celsius.

Rough seas and winds at 30 to 50km per hour are in the forecast in the maritime area near the Gulf of Tonkin.

Temperatures in the region will be between 22 and 31 degrees Celsius.

According to Le Thanh Hai, deputy head of the Meteorological and Hydrological Administration, winter may arrive early in northern Vietnam this year and may be colder compared to previous years.

Meanwhile, in southern Vietnam, including Ho Chi Minh City, rain and thunderstorms will mainly occur in the evening during this week.

Such weather conditions will not be favorable for commute and outdoor activities, Hai said.