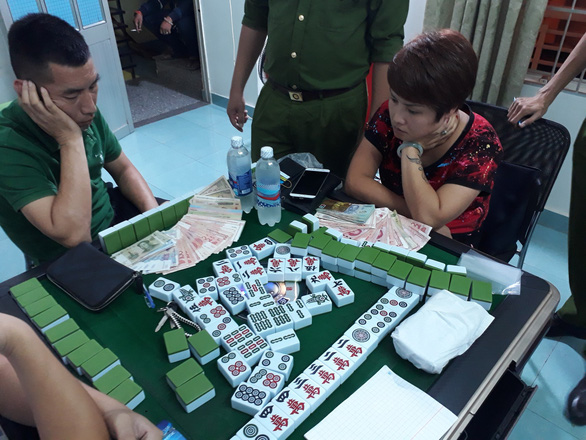 Police in Nha Trang, a resort city in the south-central Vietnamese province of Khanh Hoa, has broken up an illicit mahjong gambling ring organized by a Chinese national.

The municipal Department of Police confirmed on Monday they had apprehended nine people, all of whom are Chinese citizens, for being involved in the illegal activity.

Eight of the suspects, including six men and two women, were charged for playing mahjong gambling, while the other, 36-year-old Zeng Jun, was identified as the operator of the ring.

They were caught red-handed gambling inside a three-story house on Hung Vuong Street in Loc Tho Ward on Saturday night.

Zeng was also present at the house at the time of the raid.

All of them have admitted to their wrongdoings at the police station.

Zeng would collect an amount of money from the gamblers in return for organizing the games.

The man added he rented the house from a local owner.