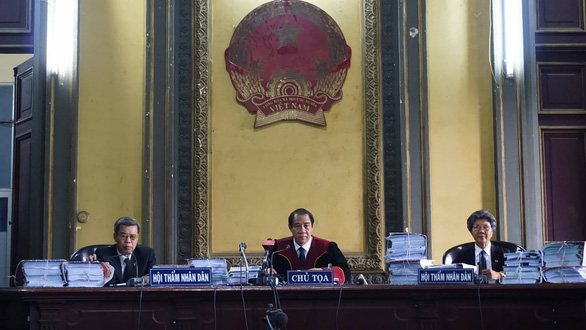 Here are the news stories you should not miss today:

-- The question and answer part of the ongoing sixth session of Vietnam’s lawmaking National Assembly is scheduled to take place from October 30 to November 1.

-- Typhoon Yutu was located about 300 kilometers east of the Philippines’ Luzon Islands as of Monday night, packing winds at 150 to 165km per hour, and is forecast to continue weakening before entering the East Vietnam Sea on Tuesday night, according to the National Center for Hydro-meteorological Forecasting.

-- The People’s Committee in the northern province of Phu Tho will begin the trial of Phan Van Vinh and Nguyen Thanh Hoa, two former senior policemen charged for abetting an online gambling ring, on November 11. The trial is expected to last ten days.

-- A draft document of the Ministry of Education and Training has highlighted that vocational school and junior college students majoring in pedagogy would be expelled after being caught selling sex for the fourth time.

-- Police in Nha Trang, a beach city in the south-central province of Khanh Hoa, confirmed on Monday they had caught a group of nine Chinese tourists playing illegal mahjong gambling at a local hotel.

-- M.T.V., a female singer, said on Monday she had had her silicon breast implant ruptured during a flight from Taiwan to Vietnam on October 22.

-- A man in the north-central province of Ha Tinh discovered his wife and their 18-month-old son dead by hanging after returning home from work on Monday evening.

-- Competent authorities in Ho Chi Minh City on Monday conducted an inspection of a bakery in Tan Phu District following the suspected food poisoning of multiple victims after consuming products from the facility.

-- The lawsuit between Vinasun Corp, a taxi giant in Vietnam, and Grab Vietnam Ltd is expected to reopen at the Ho Chi Minh City People’s Court on November 22, the court said on Monday. The municipal People’s Procuracy previously advised that the court rule in favor of Vinasun and demanded Grab pay one-time compensation of VND41.2 billion as requested by Vinasun.

-- The fifth Saigon International Guitar Festival & Competition will take place at the Conservatory of Ho Chi Minh City from October 31 to November 4 with the participation of many local and foreign artists.