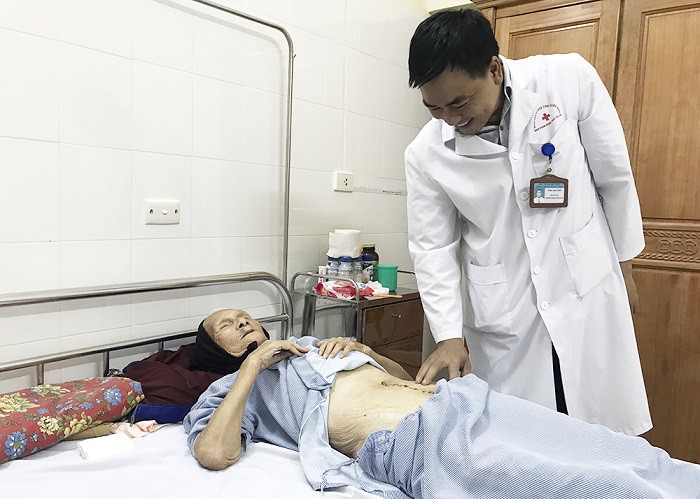 Doctors at a hospital in northern Vietnam have managed to cut a giant cyst off the ovaries of a centenarian without any post-surgery complication.

Her family said that they had known of the growth in her body for a long time but they had delayed having it removed out of concerns over her old age.

But the patient felt really painful and her belly swelled in the past week so her family took her to the hospital.

Doctors found a gigantic cyst in her ovaries and concluded that an operation was inevitable but had to be carried out carefully given the risks associated with her old age.

It took Dr. Tuan and his colleagues one hour to safely remove the growth, which weighed over 4kg and had made the woman look as if she was six months pregnant.

The senior citizen has recovered well from the major surgery.

”Many women have ovarian cysts at some time. Most ovarian cysts present little or no discomfort and are harmless. The majority disappears without treatment within a few months,” the U.S.-based May Clinic said on their website.