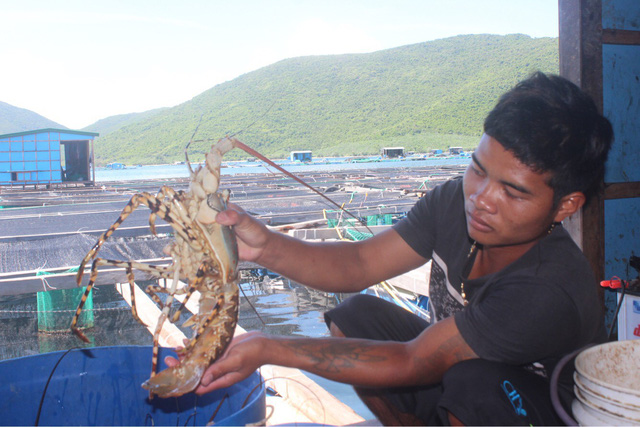 Harmful algae are considered as a potential reason behind the mass deaths of a large volume of aquatic animals raised by farmers in the south-central Vietnamese province of Khanh Hoa.

The provincial Department of Agriculture and Rural Development said on Tuesday it had collected water samples at three locations on Ong Islet and Lon Islet within Van Phong Bay, after receiving complaints of the fish and lobster kill from aquaculture farmers there.

Test results showed that the content of algae had exceeded the average limits at those three locations.

All of the samples also indicated the presence of harmful species of algae which can release toxins able to kill other sea animals, according to the agriculture department.

Meanwhile, other contents, including salinity, pH levels, nitrate nitrogen, phosphorus, and chlorophyll, were within the normal range.

The province’s fishery department has advised local farmers to raise their fish in the appropriate sea areas and to regularly check the water quality.

The cages should be at least 50 meters away from each other to give the aquatic animals enough space and to make it easier for managing and cleaning.