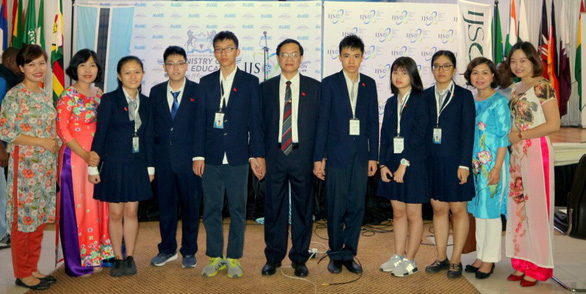 -- The Ho Chi Minh City Department of Information and Communications on Tuesday held a conference to solicit suggestions to help the southern metropolis realize a goal to establish a modern press center to serve important events by 2020.

-- Google is researching the procedures for opening a representative office in Vietnam to ensure that its compliance with local regulations is in line with its international commitments, senior vice president Ken Walker said as he was received by Vietnamese Deputy Prime Minister Vuong Dinh Hue in Hanoi on Tuesday.

-- The State Bank of Vietnam has licensed South Korea’s Kookmin Bank to open a branch with a chartered capital of $35 million in Hanoi under a 99-year contract.

-- Vietnam Airlines will list its shares on the Ho Chi Minh Stock Exchange by early April, the national flag carrier said on Tuesday

-- Hanoi’s tourist numbers are estimated to hit 26.04 million this year, a 9.3 percent increase from 2017, according to statistics released at a regular press conference of the municipal administration on Tuesday.

-- Vietnam’s economic growth this year is projected at nearly 6.8 percent, the World Bank said in its “Taking Stock: An Update on Vietnam’s Recent Economic Developments” report released on Tuesday.

-- Chinese buyers accounted for 31 percent of the total customers who purchased apartments in Ho Chi Minh City through CBRE Vietnam in the first nine months of this year, the commercial real estate services provider said in a report.

-- The inaugural Vietnam Brocade Culture Festival is poised to take place in the Central Highlands province of Dak Nong from January 5 to 7 as part of a series of activities to celebrate the 15th founding anniversary of the province, organizers said at a press conference in Hanoi on Tuesday.

-- A six-member team of Vietnamese tenth-graders have brought home four gold medals and two silver from the 2018 International Junior Science Olympiad that wrapped up in Botswana on Monday, the Hanoi education department said on Tuesday.