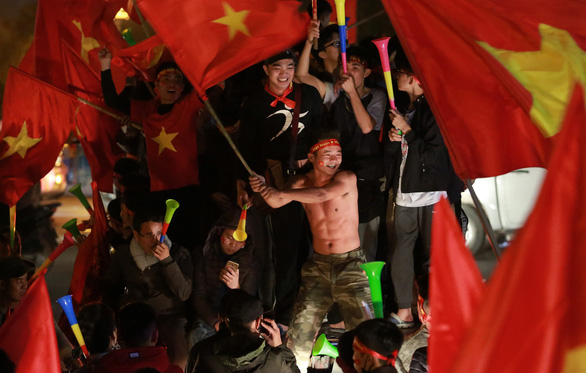 -- The Department of Police in the southern Vietnamese province of Binh Phuoc on Saturday concluded that the 25-year-old driver of a tanker truck is responsible for the crash that caused a deadly fire killing six people and injuring 19 others on November 22. The truck was traveling at 90km per hour and did not keep a safe distance with the vehicle in front of it.

-- Torrential rain is forecast to batter provinces in central Vietnam on Sunday and Monday due to a cold spell, posing high risks of floods and landslides, according to the National Center for Hydro-meteorological Forecasting.

-- Officers in the northern province of Phu Tho confirmed to Tuoi Tre (Youth) newspaper on Saturday they had apprehended a headmaster of a local middle school after he had been accused of molesting multiple school boys.

-- A worker of a construction company in the central province of Quang Nam was killed on Saturday morning after falling into a high-capacity concrete mixer.

-- Police in the southern province of Dong Nai on Saturday arrested and initiated legal proceedings against a 35-year-old man for repeatedly exploiting sand against the law along the Dong Nai River in January and March.

-- Competent authorities in the Mekong Delta province of Tien Giang are investigating a case where a 25-year-old man was slashed and had his left hand cut off after being attacked by two other men on Friday night.

-- A 36-year-old suspect has been captured in Thu Duc District, Ho Chi Minh City for preying on students in front of a local high school and stealing form them.

-- Three people were fined for burning firecrackers in front of the My Dinh Stadium in Hanoi on Saturday evening, before the final second leg of the 2018 AFF Championship between Vietnam and Malaysia took place.

-- Officers in Nam Tu Liem District, Hanoi on Saturday caught red-handed 10 black market sellers who were offering tickets to the 2018 AFF Championship final second leg at exorbitant prices. A VND200,000 ($8.6) ticket was sold at up to VND6 million ($258).