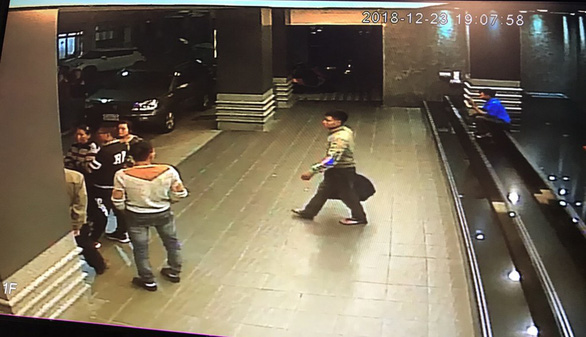 Search underway for 148 Vietnamese tourists unaccounted for in Taiwan

Vietnamese authorities have declared their willingness to assist Taiwan in an ongoing search for 148 Vietnamese tourists who went missing in southern Kaohsiung City between Sunday and Tuesday, amid reports by Taiwanese media that the group had come to the island to work illegally.

The tourists were issued visas under an initiative launched three years ago to attract more visitors to Taiwan from South and Southeast Asia.

A total of 153 Vietnamese nationals arrived in Kaohsiung over the weekend and only one has been tracked down, according to Taiwan's National Immigration Agency (NIA).

The NIA originally said 152 Vietnamese tourists went missing. In an announcement on Thursday, the agency said it had established contact with one who was previously reported missing, while another three had already left the country, bringing the number of missing Vietnamese tourists to 148, according to Taiwan’s Central News Agency.

“The agency has set up a taskforce and is working with police to investigate the tourists who are unaccounted for and the group behind them,” AFP quoted the agency as saying in a statement, without elaborating.

Taiwanese media speculated that the Vietnamese ‘tourists’ may have come to Taiwan to work illegally.

They face deportation and a three- to five-year ban from the island, the immigration agency said.

About 150 tourists have gone missing since the program first started in 2015, according to the Tourism Bureau of Taiwan, though it is not clear how many of them have been found.

Meanwhile, Vietnam's Ministry of Foreign Affairs said in a statement on Wednesday that it had instructed the Vietnam Economic and Cultural Office in Taipei to get in touch with Taiwanese authorities for clarification on the case.

Vietnam is ready to coordinate with Taiwan to prevent the incident from affecting bilateral tourism and exchange programs, the foreign ministry said.

The visas of the missing Vietnamese have been revoked and Taiwan's representative office in Vietnam has stopped issuing tourist visas to another gruop of 182 Vietnamese whose applications were approved by the Tourism Bureau, Taiwan's foreign ministry said.

The tourism program is part of Taiwan's “southbound policy," which targets 16 South and Southeast Asian countries, as well as Australia and New Zealand, in a bid to boost tourism as arrivals from mainland China decline, according to AFP.

Taiwan’s issuance of regular visas as well as e-visas for individual travelers from Vietnam remains unaffected by this incident, according to the Tourism Association of Ho Chi Minh City.

Taiwanese media reported that the 152 Vietnamese tourists arrived in Kaohsiung in four groups between Friday and Sunday.

The first group of 23 tourists arrived at 6:00 pm on Friday, while the remaining three groups, consisting of 130 tourists in total, came at 6:00 pm on Sunday.

All but one of the 153 tourists gradually went missing between Sunday and Tuesday, as footage from CCTV cameras installed outside their hotels in Kaohsiung show them leaving the venues and embarking on small passenger buses, SUVs, and taxis after check-in.

The 148 Vietnamese nationals who remain unaccounted for as of Thursday comprise 102 men and 50 women, according to Taiwan’s National Immigration Agency.

Taiwanese police suspect the case to be the work of an organized human trafficking ring.

Taiwan-based tour operator Etholiday, the company in charge of the four groups of Vietnamese tourists, said all of them had purchased round-trip air tickets.

However, the tourists’ Taiwanese visas were acquired through a third company, International Holidays Trading Travel, which is based in Ho Chi Minh City.

Etholidays said in a statement they were surprised by the unexpected incident, as it was the first time they had partnered with Vietnamese companies to bring tourists to Taiwan.

Meanwhile, International Holidays Trading Travel director Phan Ngoc Hanh said on Wednesday the company had not received payment for the visa services they offered to the two other Vietnamese companies, which cost US$10 per applicant.

In the latest development, Taiwan’s National Immigration Agency said in a statement on Thursday that it had found three of the missing Vietnamese tourists in Chiayi County, Changhua County, and Hsinchu County on Wednesday.

They are being investigated by the Kaohsiung District Prosecutors Office for alleged violations of the Human Trafficking Prevention Act, the Immigration Law, and the Employment Services Act, it said.