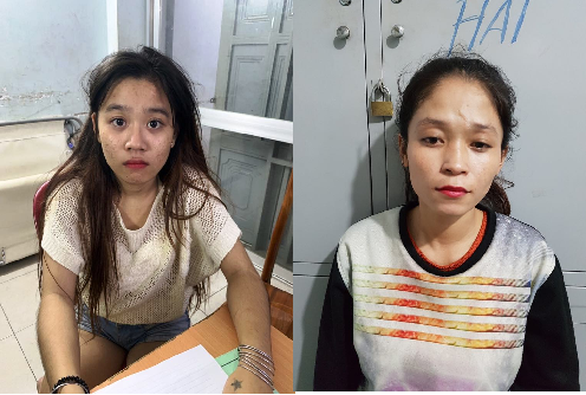 A 19-year-old girl has been arrested for snatching a smartphone of a motorcyclist along a street in downtown Ho Chi Minh City.

Officers under the police unit in District 1 confirmed on Tuesday they had apprehended Mai Thi Thu Hang, 19, who resides in District 7, and her accomplice, 28-year-old Truong Tuyet Nga for robbery.

According to preliminary information, a team of police officers were patrolling the neighborhood on the morning of the same day when they spotted Hang and Nga on their motorbike, who were having suspicious behaviors.

At around 9:45 am, the suspects started approaching a female motorcyclist as she was waiting for traffic lights at the Ham Nghi- Nam Ky Khoi Nghia Intersection.

They snatched the victim’s smartphone before speeding away.

The officers chased the suspects down and were able to apprehend them at the intersection of Nguyen Cong Tru and Pho Duc Chinh Streets.

Hang and Nga admitted at the police station that they committed the crime to earn money for personal use.

Police records showed that both of the women had previously used drugs.

Hang also committed some theft cases in the past but she was not criminally charged due to being a minor.