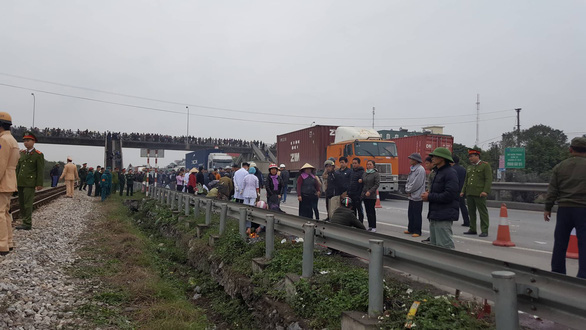 -- Vietnamese Prime Minister Nguyen Xuan Phuc received Australian Senate President Scott Ryan in Hanoi on Monday, as part of the latter’s visit to the Southeast Asian country from January 20 to 25.

-- Party General Secretary and State President Nguyen Phu Trong chaired the 15th meeting of the Central Steering Committee on Anti-Corruption in Hanoi on Monday to review the committee’s performance in 2018 and sketch out missions for 2019.

-- The driver of a truck that killed eight people after crashing into a group of cemetery goers along National Highway No.5 in the northern province of Hai Duong on Monday tested positive for drugs following a brief examination after the accident.

-- The People’s Procuracy in Hoa Binh City, the capital of the namesake northern province, has suggested that doctor Hoang Cong Luong be sentenced to 36 to 42 months in prison for being responsible for the death of nine patients who were receiving renal dialysis at a local hospital in late May 2017.

-- Police in Hoc Mon District in Ho Chi Minh City are hunting for a man who had claimed to be an electrical technician before murdering a 53-year-old resident at her home at around 3:00 am on Sunday.

-- Officers in the northern province of Hung Yen confirmed on Monday they had arrested 17 suspects for their involment in an online gambling ring that is worth more than VND1 trillion (US$43 million).

-- The Ho Chi Minh City Department of Transport has confirmed that a shuttle bus route connecting Tan Son Nhat International Airport with the southern province of Ba Ria- Vung Tau will be put into operation at the end of this month.

-- Vietnam national football team has received up to VND15 billion (US$645 million) worth of rewards from local banks and businesses after making it to the quarterfinals of the 2019 AFC Asian Cup.