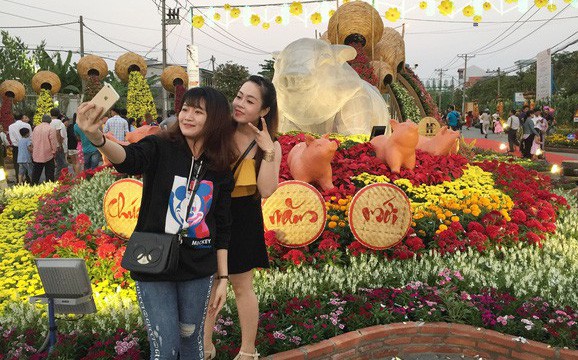 Here are the leading news stories for today, February 7, the third day of the new lunar year.

-- Hanoi welcomes the second U.S.-North Korea summit and strongly supports dialogues to maintain peace, security and stability on the Korean Peninsula, the Vietnamese foreign ministry Le Thi Thu Hang said on Wednesday, hours after President Trump said in his State of the Union speech that the meeting is planned for February 27 and 28 in Vietnam.

-- People in southern Vietnam will celebrate the third day of the Lunar New Year (Tet) holiday in hot weather, with temperatures forecasted to reach as high as 38 degrees Celsius, while the high in the north will be 28 degrees Celsius on February 7, according to the National Center for Hydro-meteorological Forecasting.

-- A family in Tan Phu District, Ho Chi Minh City on Wednesday had a wireless microphone with speaker shipped to their house via a delivery app, with the device exploding immediately after it was plugged into charge, hurting the mother and her son in what police suspect to be a deliberate attack.

-- Vietnam’s textile and garment industry targets an export revenue of US$40 billion for 2019, 10.8 percent higher than last year, the Vietnam News Agency reported on Wednesday, citing the Vietnam Textile and Apparel Association.

-- A Ho Chi Minh City-bound flight operated by budget carrier Vietjet that departed from the north-central city of Vinh on Wednesday night had to land in the central city of Da Nang due to technical problems of the aircraft.

-- A Vietnamese-style coffee shop is slated for opening soon in Turin, the capital of the northern Italian region of Piemonte, the Vietnam News Agency on Wednesday quoted the Honorary Consular of Vietnam in Turin Sandra Scagliotti as announcing at a recent event.

-- Tennis player Thai Son Kwiatkowski, born to a Vietnamese mother and a Polish-American father, will take part in the Southeast Asian (SEA) Games later this year as a naturalized Vietnamese citizen. The  23-year-old American player has an ATP world rank of 275.