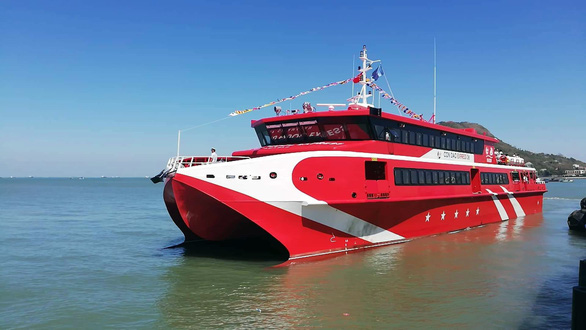 Read what is in the news today, February 15!

-- Fire spreading from a workshop destroyed three buildings on Thursday night in Ho Chi Minh City’s neighboring province of Binh Duong. No human casualties have been reported in the three-hour incident.

-- A cleaner in Ho Chi Minh City’s Cho Ray Hospital returned a bag containing a mobile phone and VND102 million ($4,390) worth of cash she had found unattended at the infirmary to its owner on Wednesday.

-- Police in the north-central province of Thanh Hoa are hunting a man suspected of killing his wife, whose he usually had quarrels with, with a hammer on Wednesday.

-- Police are investigating the case where two masked motorcyclists attacked a man with acid and slashed his legs while he was riding a motorbike on February 9. The victim believed his blood brother was behind the rapid violent acts.

-- A man was arrested on murder charges as he allegedly doused her with petrol and burned her to death at their house in the south-central province of Binh Phuoc, police said Thursday.

-- A female teacher in the north-central province of Quang Binh was fined VND2.5 million ($107.5) for giving one of her students two cheek slaps that caused one of his ears to bleed, local police said Thursday.

-- A man in Ben Tre Province, southern Vietnam, turned himself in to police on Thursday after he was filmed impersonating a traffic police officer and pulling over motorcyclists a day earlier.

-- The U.S. ambassador to Vietnam is expected to give the Vietnamese Civil Aviation Authority a certificate showing the organization meets international aviation safety standards, a requisite for nonstop flights between the countries to be launched.

-- Vietnam’s largest passenger catamaran started plying between the southern province of Ba Ria-Vung Tau and Con Dao, the tourist island about 180 kilometers away, with each journey taking just over three hours, today, February 15.

-- The Canadian authorities concluded at the end of a dumping probe that the Vietnamese government did not manipulate the prices of carbon steel exported to the Northern American country, Vietnam’s Trade Remedies Authority said Wednesday.

-- Vietnamese striker Cong Phuong on Thursday signed a contract to be an on-loan footballer at South Korea’s Incheon United for $10,000 a month. He arrived at the country on the same day.