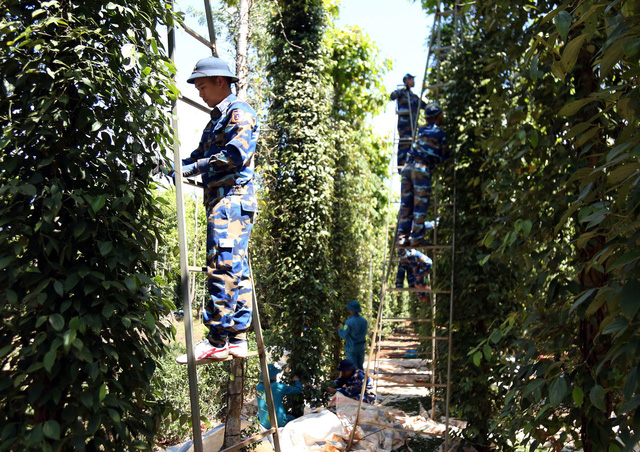 -- A woman pretended to be pregnant and tricked people along a bus route in Ho Chi Minh City into chipping in with a total of VND4 million (US$172) for her to deliver the ‘baby’ at a local hospital on Friday afternoon, authorities confirmed on Saturday.

-- A man allegedly high on drugs has been sitting on a transmission tower of a high voltage electric line in the northern Vietnamese city of Hai Phong since Saturday morning, while authorities have yet to be able to bring him down.

-- A 70-year-old woman who earned a living by collecting scrap was killed after being hit by a truck in the Mekong Delta province of Tien Giang on Saturday.

-- A taxi driver in the southern province of Ba Ria-Vung Tau was caught storing crystal meth in his cab and tested positive for the stimulant on Saturday, claiming he had consumed it to stay awake.

-- Police in the northern province of Quang Ninh have arrested a group of nine security guards who were involved in the stealing of 140 metric tons of coal from a local company in late January.

-- Two companies in Nha Trang City in the south-central province of Khanh Hoa have been fined a combined VND135 million ($5,805) for employing a total of 22 foreign workers without legitimate labor contracts.

-- Prime Minister Nguyen Xuan Phuc chaired a conference in the central province of Thua Thien-Hue on Saturday, which was aimed at seeking ways to promote tourism in the central and Central Highlands region.

-- Farmers in the Mekong Delta have become worried as the price of paddies is rapidly decreasing ahead of a major harvest season.