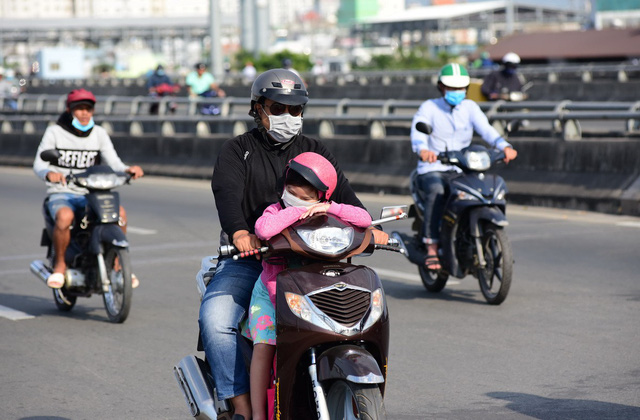 Read what is in the news today, February 18!

-- The scorching heat of up to 36 degrees Celsius that has been baking southern Vietnam since last week is expected to decrease in both intensity and area of effect over the next few days, while high tides peaking at 1.5 meters are forecast to cause inundation in some areas in Ho Chi Minh City on Friday.

-- Hanoi chairman Nguyen Duc Chung has asked the administration of Long Bien District to investigate a claim by a local resident that his house was illegally demolished by neighbors to build a road while he was absent during the Tet holiday.

-- Police in Binh Phuoc Province in southern Vietnam said on Sunday they had booked three drivers and one attendant of passenger buses moving on the National Route 14 for testing positive with narcotics while operating the vehicles.

-- A trailer truck driver was killed and seven others injured in a seven-vehicle pileup among a semitrailer, a pickup truck, an SUV, two vans, and two motorcycles on the National Route 1 passing Thanh hoa Province in north-central Vietnam on Sunday.

-- Police in the northern province of Dien Bien is conducting a second autopsy on the body of Cao My Duyen, a female college student who was murdered and had her body thrown into an abandoned pig pen while delivering chickens to a customer on February 4, after testimonies from two suspects in the case did not match which results from the first autopsy.

-- Vietnamese police in the north-central province of Ha Tinh on Sunday busted a shipment of nearly 300 kilograms of narcotics from Laos into Vietnam and arrested a Laotian transporter who drove the van that was carrying the drugs, as a second suspect who had escaped from the vehicle is being hunted by authorities.

-- Experts estimate that Vietnam’s current underground or non-observed economy is worth around US$50-60 billion, or 25-30 percent of the country’s gross domestic product (GDP), as the government has plans to transform this sector into observable economy by 2025.

-- State-owned Vietnam National Chemical Group (Vinachem) is withdrawing from a $522 million project to mine salt in the Lao province of Khammuane after 15 years of pouring money into the megaproject, with experts estimating that losses can amount to trillions of Vietnamese dongs (VND1 trillion = $43.3 million).

-- Flowers and fruits are selling like hot cakes in Vietnam as the first full moon of the new lunar year (February 19) nears, when residents are expected to pay worship and make offerings as per local tradition.