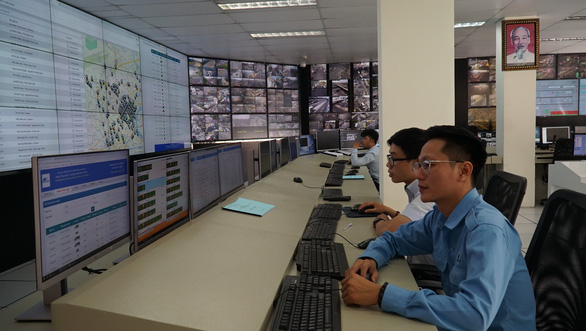 -- Vietnamese Minister and Chairman of the Government Office Mai Tien Dung had a working session with a delegation of Russian experts and firms, led by Deputy Minister of Digital Development, Communications and Mass Media Mamonov, in Hanoi on Monday to discuss measures to build an e-government and ensure the safety of cyber information.

-- A group of five men in the northern province of Dien Bien has admitted to abducting and raping a 22-year-old woman before strangling her to death on February 6, the provincial Department of Police confirmed during a press meeting on Monday.

-- Two people have died of dengue fever in Ho Chi Minh City since the beginning of this year, as they failed to seek proper treatment at local hospitals before the illness became too serious, according to the municipal Preventive Medicine Center.

-- Doctors in Ho Chi Minh City have successfully saved a 33-year-old man after he stabbed himself in his heart following a fierce argument with his wife on February 14.

-- The Management Center of the Saigon River Tunnel on Monday put into operation a smart traffic monitoring and control center, which manages nearly 900 traffic surveillance cameras and is connected with traffic light systems on 78 major streets across Ho Chi Minh City.

-- Police in the central province of Quang Nam confirmed on Monday they had caught a total of 38 people using drugs inside several rooms of a local karaoke parlor at around 12:10 am on Saturday.

-- A seventh-grader in the north-central province of Ha Tinh has been praised for saving two elementary school students from drowning in a local canal last weekend.

-- Officers in Ho Chi Minh City said on Monday they had arrested the purse snatcher who was caught on camera in the act as the victim was posing for a photo in downtown areas during the Lunar New Year holiday.

-- Many houses in northern Vietnamese provinces have been damaged by extreme gusts and hail from Saturday to Monday, according to local centers for disaster prevention.

-- Vietnam has been granted a permit to export its mangoes to the United States following nearly ten years of negotiation, the Ministry of Agriculture and Rural Development said on Monday.